The Most Happy Fella — Is there such a person? Gallup went to find out. 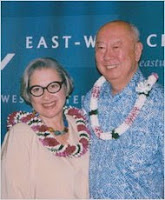 For the last three years, Gallup has called 1,000 randomly selected American adults each day and asked them about their emotional status, work satisfaction, eating habits, illnesses, stress levels and other indicators of their quality of life.

It’s part of an effort to measure the components of “the good life.” The responses are plugged into a formula, called the Gallup-Healthways Well-Being Index, and then sorted by geographic area and other demographic criteria. The accompanying maps show where well-being is highest and lowest around the country.

The New York Times asked Gallup to come up with a statistical composite for the happiest person in America, based on the characteristics that most closely correlated with happiness in 2010. Men, for example, tend to be happier than women, older people are happier than middle-aged people, and so on.

Gallup’s answer: he’s a tall, Asian-American, observant Jew who is at least 65 and married, has children, lives in Hawaii, runs his own business and has a household income of more than $120,000 a year. A few phone calls later and …

Meet Alvin Wong. He is a 5-foot-10, 69-year-old, Chinese-American, Kosher-observing Jew, who’s married with children and lives in Honolulu. He runs his own health care management business and earns more than $120,000 a year.

Reached by phone at his home on Friday (and referred to The Times by a local synagogue), Mr. Wong said that he was indeed a very happy person. He said that perhaps he manages to be the happiest man in America because “my life philosophy is, if you can’t laugh at yourself, life is going to be pretty terrible for you.”

He continued: “This is a practical joke, right?”

Wisconsin, Phase Two — Natasha Vargas-Cooper speculates at what will happen next in Madison.

Any thinking person who has held aloft a rally sign for an afternoon will inevitably ask at day’s end, no matter how noble the cause, “Okay, so now what?”

In Madison, where protests over Republican Gov. Scott Walker’s proposed bill seeking to do away with public employee collective bargaining rights have lasted more than two weeks, the response to the unavoidable “what do we now?” question finally has been answered: recall the Republican state senators who back the bill.

Consider this recall strategy phase two of the Badger rebellion. In Wisconsin, all elected officials are eligible for recall after holding office for one year. That makes the just-elected Walker untouchable until 2012, so the recall drive will target the eight Republican state senators who have stood firm against the unions.

This phase two has emerged following a nearly three-week period in which there has been little formal coordination between the Democratic Party, labor unions, and the various pop-up progressive groups which have all sought to pressure the governor.

The internal disorganization was evident Thursday in the disparate messages and competing tactics on display on the Capitol, where the rotunda now houses a scene right out of Lord of the Flies — equally childish and disquieting. A militant few rhythmically banged on buckets like tribal war drums while, outside a thousand people congregated around a group of firefighters, stoically standing in their rubber boots, holding up pro-labor signs. At sunset, the steps of the Capitol played host to a New Orleans-style jazz funeral mourning the death of workers’ rights, organized by the California based National Nurses United. They, in turn, sabotaged their own rally by inviting a set of cringe-inducing speakers to address the crowd, such as a Green Party representative shouted: “There is no middle class! Only the rich and ‘The People’!”

I spent the day tagging along with several different (though all equally sleep deprived) field organizers, and the internal consensus is that the new unified recall strategy comes as a relief after the day-to-day scramble to articulate a plan beyond picketing and a continuing sit-in.

Now labor will mobilize the rank and file to start knocking on doors with recall petitions. MoveOn.org has already started recruiting activists to organize around the ouster of what they call “tier one” Republicans — Randy Hopper, Dan Kapanke, and Alberta Darling. The first signature creates an automatic deadline: twenty five percent of registered voters have to sign the petition within in sixty days to trigger a district wide recall.

A few years ago, residents along the eastern St. Lucie River watched in disgust as the waterway turned green with a foul slime that wouldn’t go away.

Health officials warned people to stay away from the river. Birds and fish got sick. Property values dived to new lows, while politicians holding jarfuls of crud grimaced for the TV cameras and vowed to take action.

The mystery ooze was caused by nutrients dumped into Lake Okeechobee from farms, groves and ranchlands, churned by hurricanes and then pumped out by state water managers at the rate of 26,000 gallons per second.

It was a suffocating act of pollution that could easily happen again, because the polluters still steer water policy, and the politicians.

U.S. Rep. Tom Rooney, a Republican from Tequesta, recently tacked a rider on the federal budget package that would prohibit the Environmental Protection Agency from enacting tighter restrictions on the amount of phosphorous and nitrogen that may be flushed into Florida’s public waters.

The EPA rules, devised in conjunction with the state’s Department of Environmental Protection, have been the subject of several public hearings. Public comments were 10-to-1 in favor of the regulations.

Critics say compliance would be too expensive for farms, small business and public utilities. State agriculture officials estimated a potential loss of 14,000 jobs, a sky-is-falling prediction that will never come to pass.

Rooney’s lead role in trying to block the pollution guidelines is interesting because he supposedly represents all those folks along the St. Lucie who got slimed back in 2005.

In a lame oped column defending his position, the congressman wrote that the new EPA rules “could cost our state’s economy about $2 billion, and would double the average family’s water bill.”

It’s a preposterous statement, pure fiction, but the aim isn’t to inform people. The aim is to scare them. The script (and dire predictions) come from lobbyists for Big Agriculture, municipalities and corporate interests who freely use Florida’s lakes, bays and rivers as a latrine.

Rooney doesn’t use the word “polluters.” He calls them “job creators.”

Best wishes to Frank Rich as he moves from the New York Times to New York magazine.