The largest passenger jet in service, the Airbus A380, arrived in Miami on Friday on its inaugural flight for Lufthansa. It replaces the Boeing 747 that used to fly daily from Miami to Frankfurt.

Perhaps I’m just a curmudgeon, but I think the A380 is an uninspiring aircraft, at least in terms of style. 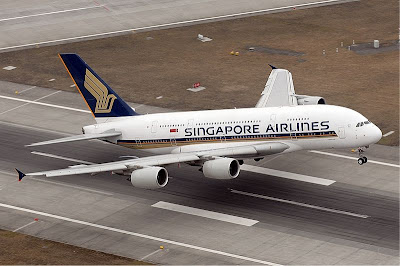 It may be large, but it has no flair, no panache, compared to the Boeing 747. 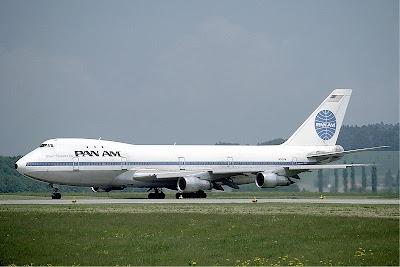 Maybe it’s because the 747 was the first of the jumbos and caused a real stir when it rolled out in 1970. Not only was it larger than any other passenger plane in the sky, it was graceful in spite of its size, and in those first years, it had amenities like a piano bar and a spiral staircase to the upper level. This was an amazing leap forward — flying from New York to Paris in a plane that was longer than the Wright brothers’ first flight in 1903 and less than 50 years after Charles Lindbergh did it solo in The Spirit of St. Louis — and it happened at a time when we were making leaps forward; Neil Armstrong had just made his giant leap for mankind.

But reality has a funny way of changing history. Hijackings, oil crises, terrorism and the economy all brought it back to earth, sometimes harshly. The Concorde, once hailed as the plane of the future, became a turkey that never got beyond the first iteration and the vision of supersonic planes replacing the lumbering jets never happened. Flying went from glamorous — we used to dress up to fly from Toledo to Minneapolis — to tedious and even boorish, with fistfights breaking out over reclining your seat. It also went from being risky to ordinary. It used to be that there were several major airplane crashes every year. No more; millions of air miles are flown each year without incident. That’s great, but it’s also probably why aircraft design has gone from stylish to bland.

The Airbus A380 is aptly named: it’s a bus, and when was the last time you thought of a bus as being a style icon? Probably back to when they were the newest form of travel. Just like automobiles and trains, transportation styling evolves from the beautiful to the bland when there’s no more wonder, no more risk, no more need to stand out. Other than its hugeness, the Airbus A380 might as well be a double-decker Boeing 737; slightly bloated, but utilitarian. And that’s a long way back from when flying was in the forefront of the future.

Just for fun, here’s a look back at what flying was like in ancient times: 1965. Check out the planes, the cars, and the technological marvels supplied by AT&T. (It’s ironic that the clip above from the Miami Herald, when viewed at the newspaper’s site, is preceded by a commercial from AT&T).