Back in 2003 the United States sent the new Iraqi government $12 billion to get things started. We’re not talking about a check or a line of credit at the bank; they sent them $12 billion in cash in the form of shrink-wrapped bales of $100 dollar bills.

Well, a funny thing happened on the way to the bank.

After the U.S.-led invasion of Iraq in March 2003, the George W. Bush administration flooded the conquered country with so much cash to pay for reconstruction and other projects in the first year that a new unit of measurement was born.

Pentagon officials determined that one giant C-130 Hercules cargo plane could carry $2.4 billion in shrink-wrapped bricks of $100 bills. They sent an initial full planeload of cash, followed by 20 other flights to Iraq by May 2004 in a $12-billion haul that U.S. officials believe to be the biggest international cash airlift of all time.

This month, the Pentagon and the Iraqi government are finally closing the books on the program that handled all those Benjamins. But despite years of audits and investigations, U.S. Defense officials still cannot say what happened to $6.6 billion in cash — enough to run the Los Angeles Unified School District or the Chicago Public Schools for a year, among many other things.

That also happens to be the budget for the Miami-Dade County Public Schools; or it used to be before the state legislature got their hands on it. Anyway…

For the first time, federal auditors are suggesting that some or all of the cash may have been stolen, not just mislaid in an accounting error. Stuart Bowen, special inspector general for Iraq reconstruction, an office created by Congress, said the missing $6.6 billion may be “the largest theft of funds in national history.”

The mystery is a growing embarrassment to the Pentagon, and an irritant to Washington’s relations with Baghdad.

It might have been stolen? You don’t say. And it’s an “embarrassment” and an “irritant”? Sheesh; how much would have to be stolen before they got “concerned” or even “pissed off”?

Here’s a thought: the next time you hear some Republican carrying on about waste, fraud, and abuse in the government, ask them about the missing $6 billion that the Bush administration airlifted to Baghdad without getting a receipt. 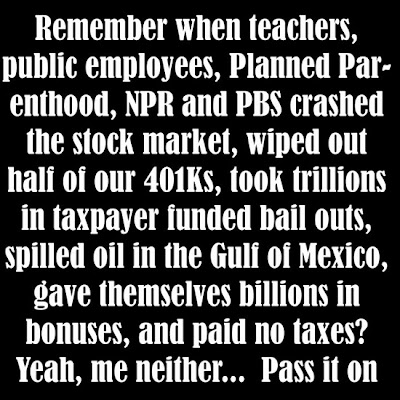