The 5.9 earthquake that hit the East Coast yesterday afternoon wasn’t The Big One; as earthquakes go, it wasn’t as big as some that they get on a regular basis in places like California and other places that are known for them. That drew some good-natured teasing by the more seasoned veterans of tremors. 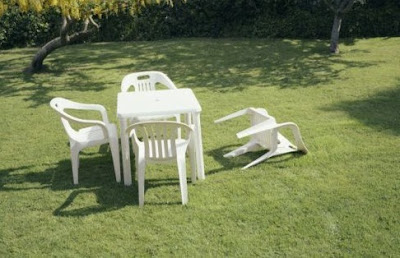 It’s a good thing that there weren’t casualties, and I suppose that the teasing and mockery is a way of saying that it could have been a lot worse.

A long time ago I lived in Southern California in an area where little quakes were as common as a rain storm, but no matter how long you live there, I can easily understand how unsettling it can be to have the earth move under your feet (HT Carole King). Thunderstorms, blizzards, and hurricanes give you plenty of warning, but earthquakes don’t. As my brother, who lives in an earthquake zone, describes it, you just feel helpless.

There’s also another factor to the reaction yesterday: Washington and New York were also targets of the attacks on September 11, 2001, and the immediate thought for a lot of people who lived through that day was deja vu. Josh Marshall, who was in New York ten years ago, looks at the reaction and puts it in perspective.

So I get it. And I get it for anyone else who had a similar experience like JJ’s who had a much bigger jolt, literally and figuratively, than I did. But I think we mock these things not because they can’t be scary but because they can and it’s the ethical response to fear. When the worst happens, we have to mourn. We have no choice. But when we can I think we mock and laugh in the face of fear because it’s the best way to approach life.

Or, to quote Lord Byron, “And if I laugh at any mortal thing, ’tis that I may not weep.”