The Perks — Frank Bruni on why a lot of candidates are really running. 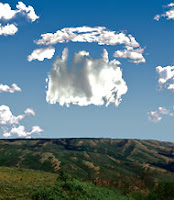 I’d love to see Meryl Streep win another Oscar, I pray for the invention of fat-burning ice cream and I share many a pageant finalist’s dewy dream of world peace.

But none of that tops my wish list. What I most hope to witness before I depart for that all-you-can-eat gelateria in the sky is a politician’s saying this:

I’m running for president/governor/senator because it’s about time I moved up in the world, and if I win, the perks are out of control. People will pretty much genuflect before me. I can wring my hands about the environment from the back seat of a chauffeured Escalade with continents of legroom. I’ll have a staff big enough for one aide to carry my Purell and another to dispense my Altoids. And there’s huge “Meet the Press” potential. Nothing says power like a Sunday morning round table.

You just know that some or much of that runs through most candidates’ minds. But it never, ever comes out of their mouths. While investment bankers can unashamedly cop to greed, thespians to vanity and claims adjusters to the validation of a promotion, politicians feel compelled to perform an elaborate pantomime of unalloyed altruism, asserting that self-interest and self-satisfaction are nowhere in the equation of their ambitions.

They’re doing it for us. They’d really rather not. The sacrifice is endurable, only because the cause is so important.

Oh please. If people bought that, Congress’s approval rating wouldn’t have dipped last week to what I’m pretty sure are negative integers and you’d hear mention of Mitch McConnell and Mother Teresa in the same breath. You don’t, so I propose that candidates quit the pretense and lose the lofty language. No more talk about heeding “a call,” whether it’s from God, voters or Verizon.

Targeting the EPA — Carl Hiaasen on the GOP attacks on the Environmental Protection Agency.

Of all the reasons government exists, none is more crucial than trying to keep its citizens safe, whether from a terrorist attack, Wall Street’s recklessness or industrial poisoning.

Not surprisingly, surveys show that most Americans want their children to grow up drinking clean water and breathing clean air. How, then, to explain the radical hostility of Bachmann, Perry, Newt Gingrich and some of the other Republican candidates?

First, it’s about raising money. The petroleum and coal conglomerates are huge GOP donors, and they’d love to have a president who would gut the EPA.

Second, it’s about politics. To win Republican primaries — the theory goes — a candidate must fire up the Wingnut Right. The easiest way to do that is to brainlessly bash whatever government does.

The economy here would crumble if the environment was left unprotected. Florida can’t survive without tourism, and tourism dies when tar balls and rotting fish turn up on the beach.

What remains of the long-polluted Everglades would also be doomed without a federal regulatory presence, however cumbersome. Doomed, too, would be South Florida’s chief source of fresh water, upon which business growth depends — not to mention the future of about eight million people.

Yet don’t be surprised if Perry and Bachmann arrive here clinging to the Tea Party narrative that government oversight is inherently evil. They’d like us to kindly forget about that little mishap in the Gulf of Mexico last year, and other manmade though preventable disasters.

It’s easier to ignore the past and stick to the script, especially if someone else is writing it.

A limited-edition Mini Cooper model, packed with luxury appointments usually reserved for Rolls-Royce cars, siphoned some of the excitement from the North American debut of the Mini Coupe.

Worldwide, 1,000 orders will be accepted for the $52,000 Mini Inspired by Goodwood, beginning next month. Only 140 examples, however, are allotted to customers from the United States. Deliveries will be made in the second quarter of 2012. The car had its official debut during the Shanghai auto show in April.

The Mini Roller is powered by the same turbocharged 181-horsepower, 1.6-liter 4-cylinder engine found on the 2011 Mini Cooper S.