Occupy Broadway — Theatre critic Ben Brantley on how theatre has reflected the lives and stories of both the 99% and the 1%. 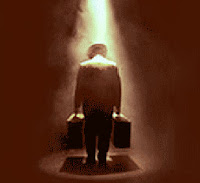 Was that the ghost of Willy Loman I spotted in Zuccotti Park the other day, swapping grievances with the spirits of Joe Hill and Woody Guthrie? Probably not. Willy, the title character of Arthur Miller’s “Death of a Salesman,” went to his grave paying lip service to — and perhaps even still half-believing in — the American dream. Anyway, being part of a public protest would have embarrassed a guy who put his trust in the conquering power of a smile and a shoeshine and who wanted, above all, to be well liked.

But it was hard not to hear the voice of Willy’s widow, Linda, among the motley sign carriers in Zuccotti Park in Lower Manhattan, as they sounded their disparate watchwords. You remember Linda. She’s the one who said of her husband, who seemed to have turned invisible to himself after he lost his job, “Attention must be paid to such a person.” And whatever you say about the lack of formal demands and strategies within the viral movement known as Occupy Wall Street, you can’t deny that its participants are unified by one overriding desire: They want attention paid to them.

When “Death of a Salesman” returns to Broadway next year, in a new production starring Philip Seymour Hoffman, Willy Loman may emerge as even more a man of our time than he seemed to be of his when the play first opened in 1949. And if the current state of New York theater is any indication, he’ll have lots of company on other stages. Willy, after all, remains the American drama’s most poignant example of a man driven to despair when he loses his job and is made — to use a word more in fashion now than then — redundant. As Miller portrays him, Willy out of work is Willy stripped of dignity, weight and even identity.

The feelings of shame and existential unease that were expressed again and again on a recent October night at Joe’s Pub, the cabaret in the Public Theater in Manhattan, would surely have been familiar to Willy Loman. It was there that the Civilians, a documentary theater company, were trying out an early version of “Let Me Ascertain You: Occupy Wall Street,” a collage assembled from interviews conducted in the preceding weeks with people who had been spending their days (and often nights) in Zuccotti Park.

These people ranged widely in their social and economic backgrounds. Embodied by actors (often the same ones who had interviewed them), they included a former creative director from children’s television; a student at a college in Brooklyn; two card-carrying Teamsters; a self-described professional activist from San Francisco; a 64-year-old supporter of the Tea Party; and a lively variety of young people who were collectively described as “urchins,” which is probably preferable to “homeless,” which most of them were.

Yet however much they may have shrunk initially from the Civilians’ microphones and notepads, the versions of them that showed up in Joe’s Pub seemed to expand and blossom as they responded to questions. As they should have. Wasn’t the reason they had gathered in the park — they, the proud and shamed representatives of the neglected 99 percent of the American economy — to be seen, to be heard, to be noticed?

Do you think it gives Clarence Thomas a warm, fuzzy feeling to know he is one of Ann Coulter’s blacks?

That is how Coulter put it on Fox “News” while defending Herman Cain against sexual harassment charges that threatened to engulf his campaign last week. Liberals, she said, detest black conservatives, but the truth is, “our blacks are so much better than their blacks.”

Social conservative pundits tend to be astonishingly obtuse when discussing race (See Exhibit A above), so it is good they rarely do so. Last week was an unfortunate exception, as one of “their” blacks struggled to frame a coherent response to allegations that he harassed female colleagues in the 1990s when he headed the National Restaurant Association. Though accusations of sexual impropriety have beset a bipartisan Who’s Who of black and white politicians, the right wing came out in force to argue that people are only questioning Cain because he is a black conservative.

This would be the same Cain who not so long ago said racism was no longer a significant obstacle for African Americans. This would be the same right wing that is conspicuous by its silence, its hostility or its complicity when the injustice system imposes mass incarceration on young black men, when the number of hate groups in this country spikes to over a thousand, when the black unemployment rate stands at twice the national average, when the president is called “uppity” and “boy.”

But they scream in pious racial indignation when Cain is asked questions he doesn’t want to answer.

“I believe the answer is yes,” said Cain himself when asked on Fox if race was the cause of his woes, adding honestly, if hilariously, that he has no evidence whatsoever to back that up.

If you didn’t know better, you’d think Cain was some hybrid of Emmett Till and Kunta Kinte. Nobody knows de trouble he’s seen.

The candidate has spoken of how he left the Democratic “plantation,” the implication being that more blacks should vote Republican. It would seem on the surface to make sense. As a 2008 Gallup Poll proved — and simple observation reiterates — African Americans tend to be as conservative as your average Republican on some key moral issues and are more religious than the average Republican, to boot.

So why don’t blacks vote Republican? The answer is simple. Black people are not crazy. Being not crazy, they understand a simple truth about conservatives: They have never stood with, or up for, black people. Never.

Cash for Cuban Clunkers — The auto trade is heating up in Havana as the government lifts restrictions on the private sale of cars.

HAVANA — Until a few weeks ago, Erik González’s decrepit car did little more than devour his tiny income. He spent hundreds of dollars fixing the car, a 30-year-old Moskvich that his grandfather passed down to him in 2000. Even when it worked, Mr. González could rarely afford to buy gas.

Then, overnight, the Soviet-made rattletrap became his nest egg.

Mr. González put the car up for sale last month when the government published rules allowing Cubans to buy and sell used vehicles freely for the first time in half a century.

The axle may be wonky, the carburetor shot, the battery on its last legs and the headlights inoperable, but he believes his royal-blue Moskvich will fetch at least $5,500, a small killing for a waiter whose state salary — before tips and extras — is just $15 a month.

“This car has been bleeding me dry,” Mr. González said. “Now it’s an asset that I can sell, and do something else with the money.”

Like the new law permitting home sales going into effect this week, the changes headline President Raúl Castro’s efforts to remodel Cuba’s hobbled economy and spur the private sector. After decades in which ownership of such big-ticket items was frozen, the efforts promise to flush money into the market at a time when Cuban officials are trying to stimulate private enterprise and move hundreds of thousands of workers off the public payroll.

“The state has no business getting involved in a matter between two individuals,” Mr. Castro told the National Assembly last December, criticizing complex rules and “irrational prohibitions” that he said bred corruption.

“If I have a little car,” he added, “I have the right to sell it to whomever I want.”