With Rick Perry oopsing his way to the back of the pack, Herman Cain groping to keep his slim lead, and Mitt Romney still unable to quicken the alleged hearts of the True Believers, now it’s Newt Gingrich’s turn to, um, surge to the top tier of a recent poll.

Of course, when the voters are reminded that Mr. Gingrich was run out of his Speakership in disgrace for hosing the 1998 elections, that he’s peerless in his hypocrisy in regards to moral standings, and that when you get right down to it, he’s a pompous and arrogant bore, the GOP will be forced to find yet another front runner.

Who will it be this time? Look below the fold for the next possibility: 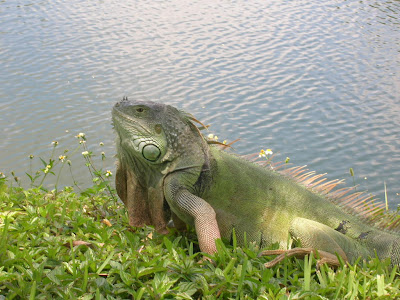 Teddy the Wonder Lizard
He’s ready for his close-up.