Josh Romney, son of Mitt, recalls a Thanksgiving at the “small” family home. 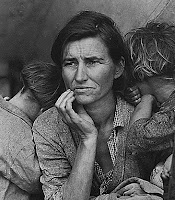 In an appearance at a Mitt Romney campaign office in Iowa, one of the candidate’s sons, Josh Romney, recalled a cozy Thanksgiving with the family at his parents’ “two-bedroom house, pretty small.”

“We got to stay in the house because we were there first. I had a couple other brothers that were out there that had to stay at my brother’s house. But we got to stay at my parent’s place; they have a two-bedroom house, uh, pretty small.”

According to an interview with Mitt Romney and Hugh Hewitt, the family spent Thanksgiving in San Diego, where he owns a two-bedroom house that’s reportedly 3,000 square feet and valued at $12 million. The property made headlines earlier this year when news broke that Romney planned to tear it down and replace it with an even larger compound.

Things are rough all over.