Now it’s Newt Gingrich’s turn to open up a big lead over the rest of the GOP field in Florida.

According to new NBC News-Marist polls, the former House speaker has now opened up commanding leads in South Carolina and Florida — two states that historically have played important roles in deciding the eventual Republican nominee.

Fueled by the support from conservatives and the Tea Party, Gingrich is ahead of former Massachusetts Gov. Mitt Romney by nearly 20 points in South Carolina. The winner of that state’s primary has gone on to capture each GOP nomination since 1980.

And he leads Romney by double digits in Florida, whose primary ultimately ended up deciding the party’s pick in 2008.

The last big lead here was owned by Herman Cain, so Florida GOP’ers are nothing if not flighty.

Actually, they are consistent in one thing: they really don’t want Mitt Romney. 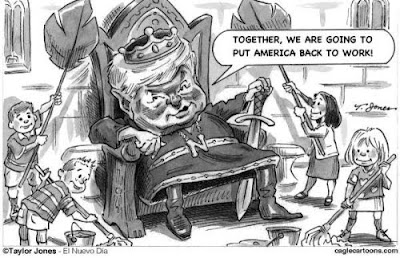