I had lunch today with a friend that I first met on September 6, 1960. (There’s the connection to last night’s A Little Night Music post.) How do I know that date for certain? Because that was my first day of Grade 3 at my new school, and John was one of the first boys I met.

There was an instant connection; we both knew we would be friends, and so we were all the way through Grade 6, and then even after when he went on to middle school and I repeated. But when I came back from St. George’s in 1968, John had left the school, and we lost touch. But I never forgot his humor, his wit, and the sheer talent that I knew would carry him to great success in whatever career he chose. And succeed he has.

I next heard from him in 1979. He was in town on a visit from his home in New York City, and I visited him when I passed through the city that summer. And then, through the reach of the social network, we reconnected again last summer. This time I promise not to let go.

There are friends you make for life that you know will always have that connection. Today at the sidewalk cafe in Fort Lauderdale, thirty-two years disappeared without a trace, and that little boy with the crewcut and horn-rimmed glasses who quoted Rod Serling and did a dead-on Charles Laughton was with me again. 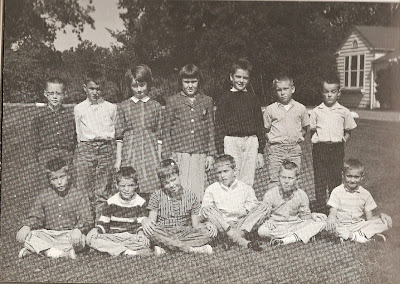