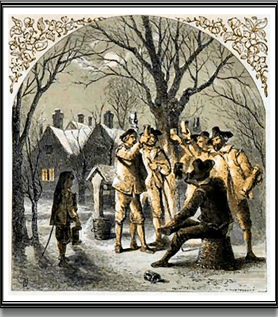 Were it not for the fact that about 160 million people would get a tax hike next week and screw up the economy, the twitterpation over the extension of the payroll tax cut within House Republicans would be hilarious. Speaker John Boehner was for the renewal before he was against it, the Tea Party contingent is in full cry, the punditocracy is having conniptions, the Wall Street Journal is thundering its disapproval, and of course you know that Newt Gingrich would have something to say because he is the font of all wisdom, even when he’s full of it. Mitt Romney had no position because he’s not sure yet. And whodathunk that the Republicans would be fighting over passing a tax cut?

Rest assured that the White House is enjoying every moment of this. It makes the Democrats look like the reasonable people in the room, and it shows once again that when it comes right down to it, the Republicans can’t get over their obsession with defeating Barack Obama. And the White House has now — finally — learned that they can stand up to the bullies and they will beat the crap out of themselves in their effort to lay a glove on him. And since the summer debacle over the debt limit, it became clear to a lot of people on both sides of the aisle that the Republicans are really undisciplined — they’re liked sugar-bombed six year olds — and their message to the voters to elect them is based mainly on lies, misrepresentations, and just plain weirdness.

If this seems like a re-run of a Christmas special from years past, you’re right. A year ago we went through the same thing with the extension of the Bush tax cuts. The conventional wisdom at the time was that the Republicans, who weren’t even in the majority yet, put one over on the Democrats. But now that we’ve seen what kind of leadership the GOP has to offer — none — it’s scaring the crap out of voters who are looking them over and realizing what a bunch of clowns they are.