I got together with some friends from the local British car club — they’re very open-minded; they’ll let anybody join, even if they don’t have a British car — and with my friend Bob at the wheel of his 1967 Austin Healey, we went down to Everglades National Park today, going all the way to Flamingo, which is at the very end of the mainland of the Florida peninsula. Here are some photos and a few notes from the trip. 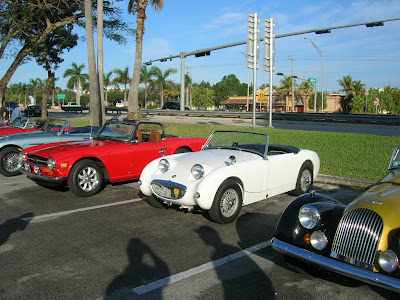 Some of the cars, including a Morgan, a bug-eye Sprite, and a Triumph. 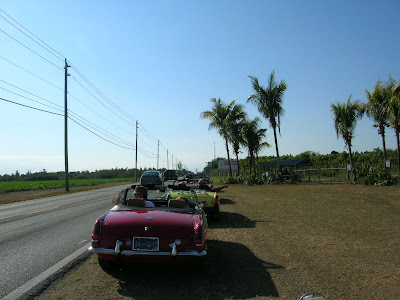 At one of the stops along the way outside of Homestead. 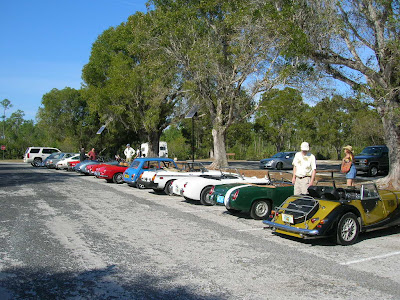 Most of the group lined up at the park’s visitor center while we made the necessary pit stop. 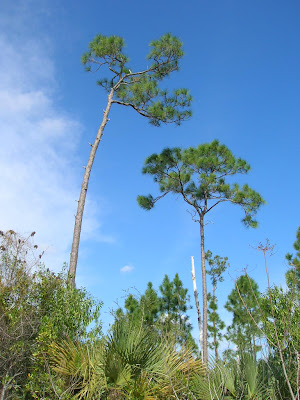 A slash pine, one of the many trees that grows in the Everglades. (And you thought it was all swamp, didn’tcha?) 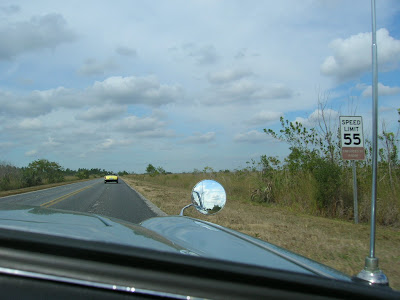 A view of the ‘Glades as we headed south through the park. 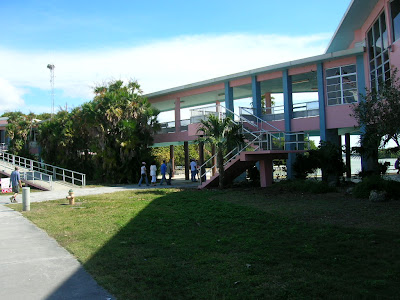 When we arrived at Flamingo, we stopped at the Visitors Center. It had been hit hard by both Hurricane Katrina and Hurricane Wilma in 2005, but it has been fully restored. 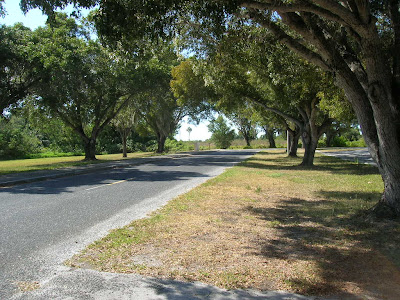 This was not my first visit to Flamingo. In 2001 my parents came to visit for Christmas, and we spent Christmas Eve and Christmas Day at the motel next to the visitor’s center. And it was at that motel that I began writing the first draft of the play Can’t Live Without You, which, as you probably know, was done off-Broadway, opening four years ago tomorrow. Unfortunately, the motel was damaged beyond repair by the hurricanes of 2005, so the Park Service tore it down. It once stood at the end of that road. 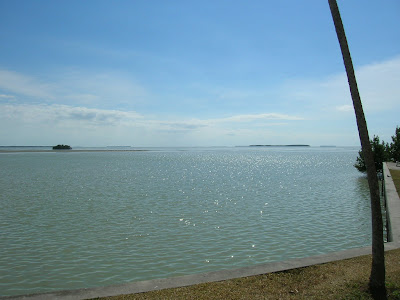 The view from the end of the Florida peninsula. 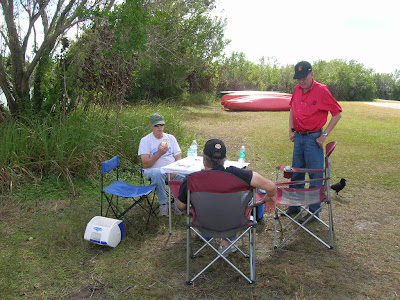 On the way back we stopped for a picnic lunch at Nine Mile Lake. We brought along sandwiches, chips… 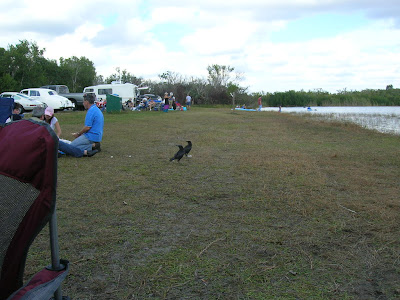 …and a few uninvited guests. 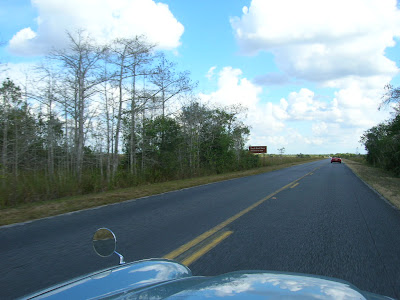 Lest you think that the Everglades and South Florida is just as flat as a tortilla, here’s a picture that proves otherwise. You have to enlarge the picture, but the sign says “Rock Reef Pass – Elevation 3 feet.” We had to stop and adjust to the altitude. 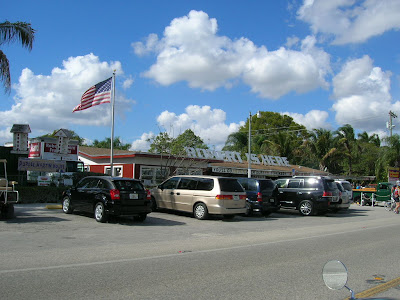 And no trip to the Everglades is complete without stopping at the famous Robert Is Here fruit stand. So we stopped… but only at the stop sign to turn to head for home.