It was a cool but clear morning yesterday as we gathered on Ocean Drive on Miami Beach for the weekend days of the 35th annual Art Deco Festival. The celebration takes place in the part of Miami Beach that is home to some classic 1920’s and 30’s architecture. 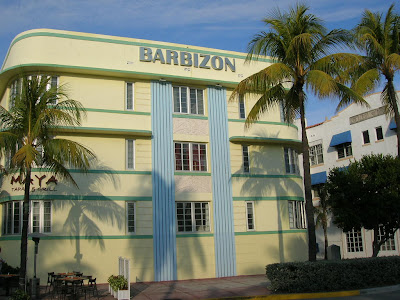 When I got there the street was empty and ready for the throngs of people, vendors, and classic cars for the parade. 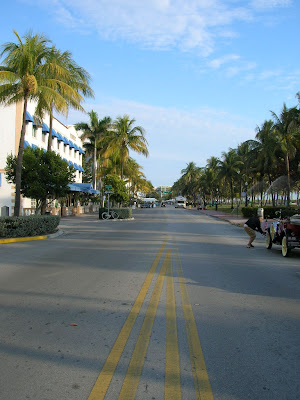 The parade was open to antiques and modern convertibles, so we had a good selection of some beautiful open-top cars, including a pair of 1931 Ford Model A’s — a phaeton and a roadster. 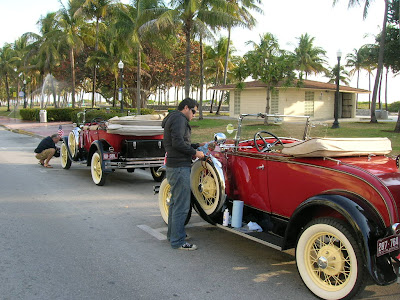 Some of the details on these cars are works of art. 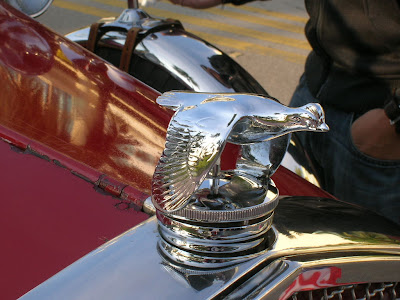 My contribution to the parade was my 2007 Mustang, freshly washed and polished. 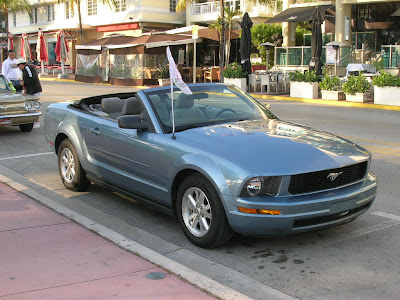 And as has become tradition, I drove Mustang in the parade, carrying the South Florida Firefighters Calendar men who raise money for charity through the sales of the calendar. Here’s this year’s crew; a nice bunch of guys, and not bad to look at, either. 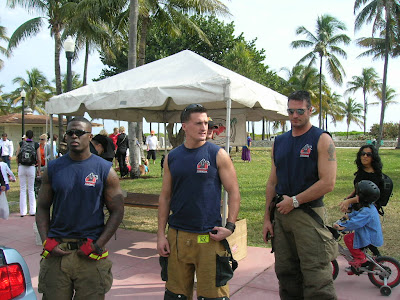 (Now you know where I got the idea for last night’s A Little Night Music.)

Those were about all the pictures I was able to take; I was too busy with registration and enjoying the fine weather. I also noticed that a lot of people where admiring the Mustang and taking pictures of it, even though it’s just my daily driver and nothing exotic. It turns out that many of them were tourists from other parts of the world where the Mustang is an icon of American automotive lore. I can’t wait to hear what they say today about the Pontiac station wagon.