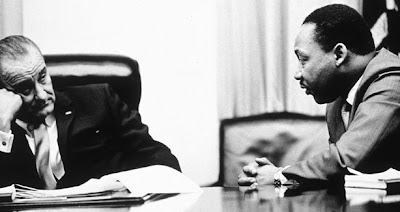 In 1963, I was 10 years old, starting to become aware of the world beyond my neighborhood, starting to listen to the strange sounds from a transistor radio under my pillow, never feeling the change through which I would live. never noticing the change until I’d lived it for decades.

We were not ready for that change. We fought it. We struggled against what we knew was right in defense of what we knew was comfortable. We were mystified by the hate and the murder and the bombs and the dogs because that was easier than understanding them. By this time, it was eight years since Martin Luther King, Jr., had led the boycott of the buses in Montgomery, Alabama, and still we were mystified. The Freedom Rides had been two years earlier, and the open insurrection at the University of Mississippi over the enrollment of James Meredith had erupted the previous year. In 1963, John Kennedy finally began to move on civil rights and, on the same night in June that he delivered his only great speech on the subject, a back-shooting coward named Byron De La Beckwith murdered Medgar Evers in his own driveway in Jackson, Mississippi. Martin King came to Washington and gave a great speech. By the end of 1963, Kennedy was dead, and Beckwith was still free. It would take three trials and 31 years before he was convicted of a murder than many people long had forgotten. As a nation, we were very good at being mystified even after all of that.

Lyndon Johnson, of all people, called the last bluff. In March of 1965, he appeared before Congress to urge the passage of the Voting Rights Act, and he delivered the greatest speech an American president has delivered in my lifetime. He was an operator, far more than half-corrupt, and a Texan besides, but the one thing he wasn’t was mystified. He knew power and he knew that power had no inherent mystery to it. It was raw. It was elemental. And it was power in this country that was changing. He looked the angry South and the comfortable North right in the eye and said it plain:

But rarely in any time does an issue lay bare the secret heart of America itself. Rarely are we met with a challenge, not to our growth or abundance, or our welfare or our security, but rather to the values and the purposes and the meaning of our beloved nation. The issue of equal rights for American Negroes is such an issue. And should we defeat every enemy, and should we double our wealth and conquer the stars, and still be unequal to this issue, then we will have failed as a people and as a nation. For, with a country as with a person, “what is a man profited if he shall gain the whole world, and lose his own soul?” There is no Negro problem. There is no Southern problem. There is no Northern problem. There is only an American problem.

But even if we pass this bill the battle will not be over. What happened in Selma is part of a far larger movement which reaches into every section and state of America. It is the effort of American Negroes to secure for themselves the full blessings of American life. Their cause must be our cause too. Because it’s not just Negroes, but really it’s all of us, who must overcome the crippling legacy of bigotry and injustice.

And we shall overcome.

We are all children of the civil-rights movement, whether we want to be or not, whether we are its direct descendants or whether we were adopted into it through the profound changes that movement wrought in the definition of what an American is. We are all children of the civil-rights movement, and this weekend is our national holiday. There is nothing mysterious about that. We make ourselves mysteries to each other because the cost of knowing our solution may be too ugly to bear.

We’re All Guilty — Sebastian Junger on the desecration of the dead and the dehumanization of war.

As a society, we may be disgusted by seeing U.S. Marines urinating on dead Taliban fighters, but we remain oddly unfazed by the fact that, presumably, those same Marines just put high-caliber rounds through the fighters’ chests. American troops are not blind to this irony. They are very clear about the fact that society trains them to kill, orders them to kill and then balks at anything that suggests they have dehumanized the enemy they have killed.

But of course they have dehumanized the enemy — otherwise they would have to face the enormous guilt and anguish of killing other human beings. Rather than demonstrate a callous disregard for the enemy, this awful incident might reveal something else: a desperate attempt by confused young men to convince themselves that they haven’t just committed their first murder — that they have simply shot some coyotes on the back 40.

There is a final context for this act in which we are all responsible, all guilty. A 19-year-old Marine has a very hard time reconciling the fact that it’s okay to waterboard a live Taliban fighter but not okay to urinate on a dead one.

When the war on terror started, the Marines in that video were probably 9 or 10 years old. As children they heard adults — and political leaders — talk about our enemies in the most inhuman terms. The Internet and the news media are filled with self-important men and women referring to our enemies as animals that deserve little legal or moral consideration. We have sent enemy fighters to countries like Syria and Libya to be tortured by the very regimes that we have recently condemned for engaging in war crimes and torture. They have been tortured into confessing their crimes and then locked up indefinitely without trial because their confessions — achieved through torture — will not stand up in court.

For the past 10 years, American children have absorbed these moral contradictions, and now they are fighting our wars. The video doesn’t surprise me, but it makes me incredibly sad — not just for them, but also for us. We may prosecute these men for desecrating the dead while maintaining that it is okay to torture the living.

I hope someone else knows how to explain that to our soldiers, because I don’t have the faintest idea.

There’s no simple relationship between privilege and policy. The Roosevelts and Kennedys, both spectacularly rich families, produced leaders known for their populism and protection of the less fortunate. Nancy Pelosi, a staunch defender of government aid, is thought to be worth as much as $196 million. John Boehner? Just $1.8 million, according to figures from 2010.

Paul Friedman, 32, an undecided voter who showed up at Romney’s event in Columbia, said, “If we’re talking about jobs, and his businesses are successful, then maybe he’d run the country in a way that brings jobs back.” That’s Romney’s pitch.

But he walks a tightrope, wanting to broadcast his success without seeming out of touch. A wealthy candidate’s aides guard against tone-deaf admissions of privilege while opponents itch to pounce, as the first President Bush’s did in 1992, when he seemed unfamiliar with a grocery store’s electronic price scanner.

I doubt many politicians at that stage of the game are spending much time in the checkout line or know the price of milk without seeing it on a briefing paper. But the charade persists. The second President Bush learned from his father’s mistakes and seemed to develop an entire folksy persona in response. He spent vacations clearing brush, and though done on a vast Texas ranch purchased with his considerable wealth, it yielded optics preferable to those of John Kerry windsurfing.

Romney recalls the Naugahyde chair in an office past and tweets about breakfast at Subway and a flight on Southwest Airlines. But inevitably he muffs the script. During last Sunday’s debate he said a man shouldn’t run for office if he needed to win to pay the mortgage.