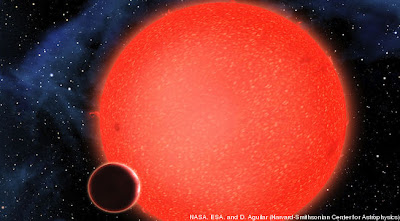 Using NASA’s famed Hubble Space Telescope, scientists have determined that an alien world located just 40 light years from Earth is unlike anything previously found before: A world composed primarily of steam.

The planet, known officially under the unflattering moniker GJ 1214b, “is like no planet we know of,” said Zachory Berta a researcher at the Harvard-Smithsonian Center for Astrophysics, in a release announcing the discovery of the planet’s strange composition, adding: “A huge fraction of its mass is made up of water.”

It’s not the heat, it’s the humidity.