The hue and cry being raised by some members of the Catholic church hierarchy and some opportunistic members of Congress over the Obama administration’s requirement that employers provide contraception to their employees reminds me that their argument of religious freedom and how the evil federal government is stomping all over it applies to more than just pills and condoms. 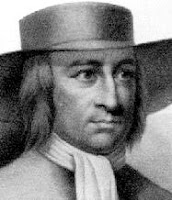 I belong to a religious denomination that is adamantly opposed to war in any form and to the manufacture and sale of it. The Quakers were founded on this tenet, they have suffered for it, including torture, exile, and even death, yet they haven’t changed their position in five hundred years. As a Quaker, I too am opposed to war and its trappings to the point that I registered as a conscientious objector in 1970. And yet my taxes go to the Treasury every year; taxes I am sure go to support the Department of Defense and our war machine. I’m pretty sure that with my income, my contribution to their budget over the last forty years wouldn’t buy a Snickers bar at the Pentagon canteen, but my money somehow, some way still ends up in their coffers. But I dutifully file my income taxes, collect my refund, and attend meeting nearly every Sunday. So why am I not out in the street waving a sign about it (as some Friends do) or calling up my congress-critters to get them to pass a bill that would allow me or my fellow Friends to opt out of paying a portion of our taxes to kill people?

It’s because I realize that this is a world where there are people out there who want to kill us no matter how peaceful my intentions are, and in a real world, we need to have a Department of Defense. I would like it if we didn’t have to have it, but I know reality when I see it. (I would also like to be a well-built billionaire who could fly.) Second, even if I was bound and determined to put an end to war and war taxes, I don’t have the political clout, the money, or the fancy clothes to convince my member of Congress to put forth a bill that would provide me or the other members of peace churches with the privilege to opt out of paying war taxes on religious grounds. Nor do I have the clout to get the state legislature to pass a bill that allows my church to recognize and perform same-sex weddings, which is in keeping with our meeting’s dedication to equality for all, or the right of women to have autonomy over their own bodies.

For every church out there that is opposed to all of the culture war issues, there is at least one or more that supports the other side. And yet they’re drowned out in the noise by the well-funded and the well-connected. The evangelical bullies have tried to claim ownership of the Christian brand and claim that no true Christian would support forcing employers to pay for something they oppose. And yet there are a lot of other Christians — and non-Christians who are affiliated with them (you don’t have to believe in God or Jesus to be a Quaker, you know) — that want those employers to provide for the health and well-being of their employees, including whatever it takes to keep them that way.

There are probably more Catholics in Miami-Dade County than there are Quakers in the whole world. The annual lobbying budget for the Catholic Church could fund the Friends Committee on National Legislation (FCNL) for life. There isn’t one Quaker on the Supreme Court, and there are probably more Muslims in Congress than Friends. So maybe that’s why my religious freedom is being denied as a matter of course and nobody’s getting on MSNBC like Tony Perkins, president of the Family Research Council (who seems to have his own dressing room there) to advocate for my absolutist religious view that war is murder and same-sex couples have a right to get married.

Or maybe it’s because I and people like me realize that in this world, some things are more important for the greater good of the people than my own particular point of view. That has been a part of what I learned both as a Quaker and as an adult: my religious freedoms end when they harm the rights of others. That doesn’t mean I’ll surrender them, but being an absolutist doesn’t win an argument; it ends it.