Charlie Pierce — Trayvon Martin and the End of Excuses:

We have become a nation in which children have become expendable. Trayvon Martin is just the most recent example.

We executed children in this country until long after the rest of the world — except Iran — thought that was a good idea. Almost six million children live in poverty in this country. Almost six million of them are without health insurance of any kind, and that’s reckoned to be an improvement. None of this is accidental. These children are expendable because the people we elect make policy decisions of which we approve — or, at least, of which we do not disapprove. The Republicans in Congress — behind the “leadership” of zombie-eyed granny-starver Paul Ryan — would like to zero out the SCHIP children’s health-care program. If they do that, it will not be done by accident. The Florida legislature, behind the leadership of the National Rifle Association, passed the “stand your ground” law, despite the fact that even police and prosecutors were warning that it amounted to a hunting license for anyone who had both a gun, and the ability to concoct a good story. Trayvon Martin is not dead by accident.

But, already, even in the face of widespread outrage, the notion is continuing to circulate through the country, like topical anesthetic working on an open wound, that what happened to Trayvon Martin was, if not entirely accidental, then merely a combination of unfortunate circumstances culminating in an entirely regrettable event. (That’s not even to mention the wilder precincts of mouth-breathing public commentary. If you ever needed proof that whatever consulting genius came up with the idea of having a Comments section follow every newspaper story deserves to die a slow and painful death by honey and fire ants, this story is pretty much what you’re looking for.) Conservatives caution the president not to “inject race” into the incident any further, because, as we know, we can’t tell how much of a factor “race” was, because George Zimmerman was half-Hispanic and because of the backward masking on the Sergeant Pepper album. (I am not kidding.) Geraldo Rivera, looking for relevance in all the wrong places, blames hoodies: 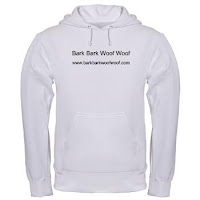 But I am urging the parents of black and Latino youngsters particularly to not let their children go out wearing hoodies. I think the hoodie is as much responsible for Trayvon Martin’s death as George Zimmerman was…. Every time you see someone sticking up a 7-11, the kid is wearing a hoodie…. When you see a black or Latino youngster, particularly on the street, you walk to the other side of the street. You try to avoid that confrontation.

(And every time I see someone convicted of ripping off pension funds, he’s wearing a $500 suit. Don’t wear $500 suits!)

For his part, the president was calm and measured, because that’s the way the president is, and because he is rather circumscribed in what he can say publicly on topics like this because of factors that should be obvious from the Comments section above. Nevertheless, he neatly put Florida’s deeply unpopular Republican governor, Rick Scott, on the spot:

“I am glad that not only is the Justice Department looking into this, but the governor of the state of Florida has put together a task force.”

Translation: Make it a good one, Rick, because your ass is in this jackpot, too.

Well I certainly don’t feel calm and measured, and it’s not because my kids “could have been Trayvon.” No, they could not have. My kids are white. They lived in the suburbs. They could wear their pants anyway they liked. They could have worn hoodies to Midnight Mass on Christmas Eve, and nobody would have looked askance at them, let alone blown them away with a handgun. (As I recall, I once wore a black hoodie to Midnight Mass on Christmas Eve.) The worst threat to my children’s lives in the big wide world was that some suburban matron who couldn’t see over the steering wheel would run them down in the family SUV. They didn’t have to worry about running into some trigger-happy, half-mad wannabe on the way home from the convenience store. And that’s what keeps me from being calm and measured.

I am sick to death of people who celebrate “the family” making excuses about why other people’s children are expendable. I am sick to death of politicians who are more concerned about protecting zygotes than about the teenagers on whom they seek to balance their budgets and advance their careers. (Barney Frank’s line about conservatives’s believing that life “begins at conception and ends at birth” was not entirely a joke, although it’s always been treated as one.) I am sick to death of opportunistic yahoos who can look at this country’s unhealthy attachment to firearms and declare that the actions of George Zimmerman, while unfortunate, were pretty much what the Founders had in mind. I am sick to death of the steady drip-drip-drip of all the topical anesthetics we mix up whenever something like this happens. Had Emmett Till been killed in 2012, there’d be at least three people sitting in the CNN Green Room right now — and probably 15 of them sitting offstage at Fox — waiting to explain how unfortunate it was that the lad so transgressed against local custom that circumstances dictated that he be beaten to a pulp and tossed into the river tied to a cotton-gin fan. I am sick to death about how we can argue about anything simply to argue about it, and then move along to the next argument, as though anything at all has been settled.

I think this controversy has some legs to it. What alarms me is not that Zimmerman hasn’t yet been arrested, but the awful feeling that the Florida legislature, with the approval of the people of Florida, may have passed a law so idiotic that it prevents local law-enforcement from arresting him at all. (I can’t imagine what the good cops in Sanford must be feeling today. The dispatcher told this clown not to pursue Martin, and he did it anyway. They must simply be angry at the world at this point.) And what makes me angry down to my soul is not that my children could have been Trayvon, but that, because of the way we have ordered our politics and our society, only someone like Trayvon could have been Trayvon.

Not Yet — Why President Obama isn’t backing gay marriage… yet.

Public opinion on gay marriage is pretty straightforward. There’s a huge generational divide — with older voters solidly opposed, and younger voters solidly supportive. Over time, support for gay marriage should increase. And if Obama came out in support of gay marriage, he would probably excite and inspire many college-aged Democrats to show up at the polls and support him — not to mention winning back some socially-moderate independents who have been disenchanted with the president over the economy.

But college-aged voters are only part of the president’s coalition. The bigger element consists of African-American voters, who are solidly opposed to gay marriage. California’s Proposition 8 ban on same-sex marriage passed in 2008 thanks to overwhelming black support; 70 percent backed it, according to exit polls. Recent gay marriage legislation in Maryland drew opposition from leading Democratic African-American legislators in the state. The same ministers organizing get-out-the-vote efforts in black churches for Obama are also railing against gay marriage.

Obama can’t afford to even risk losing the deep enthusiasm black voters have towards him. They gave Obama a whopping 95 percent of the vote against John McCain last year and turned out at historic levels. He should get similar levels of support this year, but with the down economy disproportionately affecting the black community, he’s not at all assured that they’ll turn out at the same level as 2008. Backing gay marriage would virtually guarantee that some would stay home — perhaps enough to tip the balance in states like Virginia, Pennsylvania, North Carolina, and Ohio.

The conventional wisdom has been that supporting gay marriage would alienate blue-collar whites, and that’s been the main reason he’s been hesitant to come out in favor before the general election. But in this case, it’s a crucial element of his own base that’s preventing the president from taking bolder steps to advance a cause that he seems to believe in, but hasn’t publicly embraced. It’s as much about politics as principle.

When President Obama signed the Affordable Care Act two years ago, the law’s proponents (including me) were confident of two things: That it would become more popular with time and that it would make our health care system more humane and efficient.

History has not been kind to the first prediction. Most of the law’s components command broad support: Overwhelming majorities still support the requirement that insurers cover people with pre-existing conditions, for example. But overall the Affordable Care Act is unpopular. And while those who wish to keep or strengthen it outnumber those who wish to repeal it, the intensity clearly lies with the latter.

Those critics will have one last chance to get their way, in the elections this November. The Supreme Court, which next week hears oral arguments in legal challenges to the law, may help them on their way.

On the other hand, the second prediction looks pretty good, at least to this point. Already more than two million young adults have gotten health insurance through their parents’ policies. More than five million seniors and people with disabilities have saved more than $3 billion on prescription drug costs, according to the Department of Health and Human Services. Millions of Americans have consumer protections that, for those unlucky to need them, have made a real difference in their lives.

Of course, it won’t be until 2014 that we see the really big changes in health insurance coverage —the expansion of Medicaid to include everybody with income below 300 percent of the poverty line, the creation of a marketplace with subsidies where individuals and small businesses can get affordable insurance without discrimination. Undoubtedly this helps explain the public’s ambivalence.

But another set of changes are happening, too: Changes to the delivery of medicine. The Affordable Care Act isn’t simply about making insurance more widely available. It’s also about re-engineering the health care industry, so that it operates more efficiently—providing treatment that is higher quality, less expensive, or both. Its primary means for doing so is a series of changes to the way Medicare pays for treatment. The idea, as Sarah Kliff explains in the Washington Post, is to move from a system that rewards volume (i.e., the number of procedures performed) to a system that rewards value (i.e., the quality of care provided).

To the surprise of many observers, myself included, the law seems to be making serious progress towards that goal already.