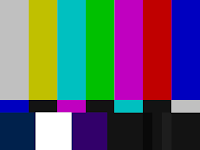 I TiVo most of my TV shows to the point that I hardly know what day, time, or network they’re really on; they just show up in my Favorites and I watch them. But seeing as how it’s pilot season and some of the new shows that premiered last fall are either doomed or renewed, the time is now to speak up for the shows you want to keep. Via the Toledo Blade, the Pittsburgh Post-Gazette is offering you the chance.

While producers of existing shows attempt to read between the lines of networks’ machinations, fans of these shows have little opportunity for input. Sure, you can write a letter, but the odds are it will be ignored.

Another way to make your voice heard: Vote in the Pittsburgh Post-Gazette’s annual “Keep or Cancel?” poll, which allows viewers to register their compliments and complaints about prime-time television. The voting booth is now open at post-gazette.com/tv.

The 2011-12 TV season has had few breakout hits, especially among scripted shows. NBC’s The Voice is a reality hit, but with only a few scripted exceptions — Fox’s New Girl, ABC’s Suburgatory, CBS’s 2 Broke Girls — success stories have been few. This means there are a lot of shows that are “on the bubble,” in TV parlance. Viewer support in a poll might not turn the tide, but at least you will feel better having cast a ballot for a favorite.

One vote per computer will be accepted. Series receiving an inordinate, unbelievable number of votes will be disqualified. Votes will be tallied through April 22, and shortly thereafter the results will be published in a column. We will send the results to each broadcast network president before the week of May 13, when the networks announce their new fall schedules.

Hey, it’s worked before; that’s how they got the the original Star Trek back on the air in 1967. But somehow I don’t think there’s a huge groundswell for Harry’s Law, despite the fact that Kathy Bates is great in it. It’s a Cincinnati-based version of Boston Legal, and that was a niche show, too. It’s too late for the new iteration of Prime Suspect (dammit), and most of the shows I like are on cable (In Plain Sight, Southland, Rizzoli & Isles, and Covert Affairs).

But go ahead and knock yourself out. But please spam Two and a Half Men. It’s still crap.