My 1988 Pontiac 6000 LE station wagon is about to cross the border into antique territory. According to the rules of the Antique Automobile Club of America, it will be twenty-five years old and eligible for participating in AACA shows on January 1, 2013. That’s just in time for its first official AACA show in Lakeland, Florida, in February 2013.

As you might already know, I’ve owned the car since January 1989. It had a little over 5,000 miles on it when I acquired it from Hertz Car Sales in Traverse City, Michigan, and it now has over 250,000 miles on it. It’s held up pretty well, going through the usual maintenance that all cars go through, including replacing the entire AC system in 2002. (Try driving in Florida without that.) But one thing that gave me a problem was the molding trim that surrounds the wood grain side panels. The panels themselves have held up well, but the vinyl on the surround started peeling off within a couple of years, and the cold of Michigan and the sun of New Mexico didn’t help matters. I tracked down a source for the replacement vinyl, and finally, after all these years, I took it to the good people at A Auto Tech here in Miami, where Brany Binker, the owner, did the job himself.

And what a job he did. Here are some before/after photos. (Click on the pics to embiggen them.) 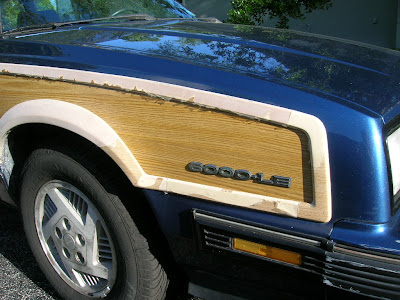 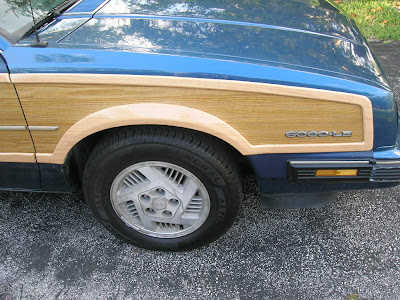 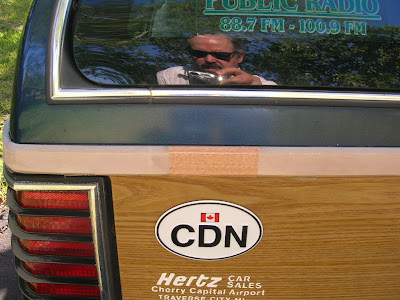 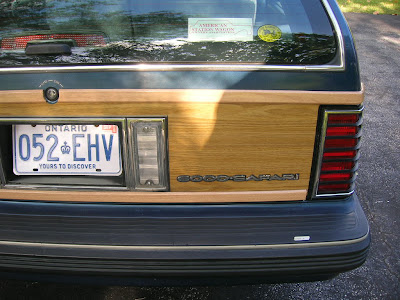 Tailgate – After
The photos don’t really do justice to the richness and the texture of the trim, but it makes the car look great. The best part is that I don’t have little scraps of paper flapping in the breeze as I drive.

There’s a lot more work to be done on it, but this was a major step, and I’m taking it to a show this weekend for its first outing.

PS: Why does the car have an Ontario plate? Explanation here.