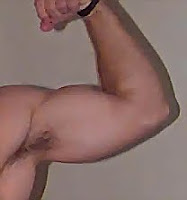 If American women want to know where all the manly men have gone, they can blame the feminists. Not only can men no longer hold the door open for women, they can’t even save a woman’s life and get a gracious thank you. Feminists have destroyed the relationship between men and woman. Most women like big, strong, John-Wayne-type men. They want men who bravely put out fires, fight in combat, protect their wives and children against intruders, and save damsels in distress. But feminists have made a lot of men afraid to be manly. It’s time to say, we love manly men.

For the record, John Wayne was a drug-abusing wife-beating serial adulterer who alienated his children and dodged the draft in World War II. Sounds like a real catch, ladies. (If he was still alive, he’d probably have a right-wing talk-radio show.) So if the definition of “manly” is based on that description, we’ve had plenty of fine examples of that in our history, more’s the pity.

I’ll tell you what “manly” is. It’s being able to judge people not by their gender or their looks or any of the other objectifying stereotypes. It’s not listening to other people tell us what other people want based on those stereotypes, or enabling the perpetuation of them by people who go along with them because they think it will make them more attractive or popular because they’ve bought into the cultural stereotypes. The manliest men I know are the ones who know that they don’t have to prove their manliness to anyone and who treat other people as fully empowered humans regardless of anything other than their character.

Oh, by the way, I know a number of women who could “bravely put out fires, fight in combat, protect their [spouse] and children against intruders, and save damsels in distress.” That would include my mom, my sister, my sisters-in-law, my nieces (one of whom is a super-comp drag racer) and all of my co-workers who happen to be women. Next time you need some help, Phyllis, give them a call.