Via LGM, here are some pictures of Bill Murray — yes, that Bill Murray — as FDR in the upcoming film Hyde Park on the Hudson, due out in December. 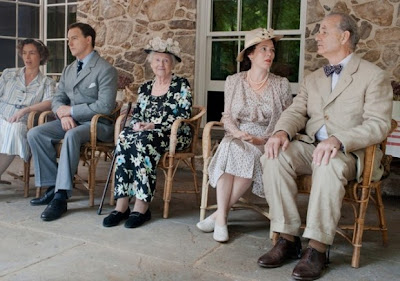 Another reason for my interest in it is because Elizabeth Wilson (center) is a good friend from the William Inge Festival. I’m glad to see that they had to use aging make-up to make her look old enough to play Sara Delano Roosevelt, FDR’s mother.