According to the Social Security Administration, names for children follow certain trends.

Sophia is the new No. 1 name for girls, moving the most popular girls’ name for the past two years — Isabella — to second-best. Mason was No. 2 on the boys’ list. The federal agency notes that although Mason has been a relatively popular name since the 1990s, it had never reached the top 25 names until 2010. That’s when it hit No. 12, suggesting the rise may be due to reality TV star Kourtney Kardashian’s son, Mason.

I don’t think I know of anyone with the first name of “Mason,” but then, I don’t hang out with people born in 2010 nor do I know who Kourtney Kardashian is. (Oh, wait, I Googled her. Eww.)

Names are like tattoos; you have to choose them carefully because you can’t get rid of them all that easily, and you — or the bearer — might be sorry with what you came up with in a moment of fashion trendiness. Twenty years ago or so I worked in a place that handled magazine subscriptions for teens and tweens, and the very popular girl’s names were Ashley, Tiffany, and variations on Brie. Those might work when they’re young, but I’m wondering what it’s going to be like in sixty years or so when the nursing homes are filled with little old ladies with names like that. Of course, names go in cycles, so who knows; by then names we associate with a granny today might be trendy, so all the elderly people named Tiffany will be taken care of by people named Madge. I think that would be cool.

By the way, when I first heard of the Kardashians, I thought they meant the “Cardassians.” 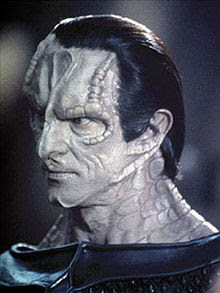 I see a resemblance.