The majority opinion was written by Chief Justice John Roberts, who held that the law was a valid exercise of Congress’s power to tax.

The decision came as a sharp rebuff and disappointment to congressional Republicans, many of whom had expected the court to strike down at least some parts of the law.

Passage of the law in 2010 had come at a high political cost, with 14 House Democrats in competitive districts losing their seats in the 2010 elections in part due to their votes for the bill and six Democratic Senate candidates who’d voted for the bill also lost their elections in 2010.

Those sounds of exploding melons you hear is the collective response from the right-wingers and Fox News.

In Plain English: The Affordable Care Act, including its individual mandate that virtually all Americans buy health insurance, is constitutional. There were not five votes to uphold it on the ground that Congress could use its power to regulate commerce between the states to require everyone to buy health insurance. However, five Justices agreed that the penalty that someone must pay if he refuses to buy insurance is a kind of tax that Congress can impose using its taxing power. That is all that matters.

Because the mandate survives, the Court did not need to decide what other parts of the statute were constitutional, except for a provision that required states to comply with new eligibility requirements for Medicaid or risk losing their funding. On that question, the Court held that the provision is constitutional as long as states would only lose new funds if they didn’t comply with the new requirements, rather than all of their funding.

Jumping the gun: Cable news outlets CNN, Fox, and several others skimmed through the opinion, saw that the individual mandate didn’t get by on the Commerce Clause, pronounced it dead. But they didn’t read on to the part where it was upheld as a tax. Oops. Hey, even I figured that out: it’s right there on page 4: “CHIEF JUSTICE ROBERTS delivered the opinion of the Court with respect to Part III–C, concluding that the individual mandate may be upheld as within Congress’s power under the Taxing Clause.” 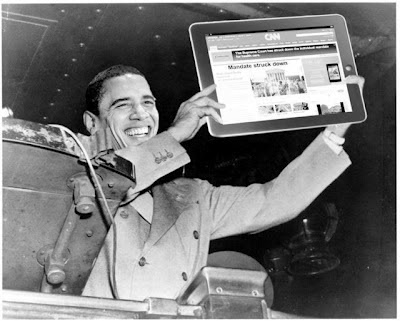 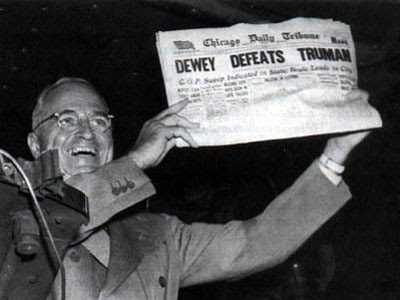 Image via Joe who got it from Gary He.