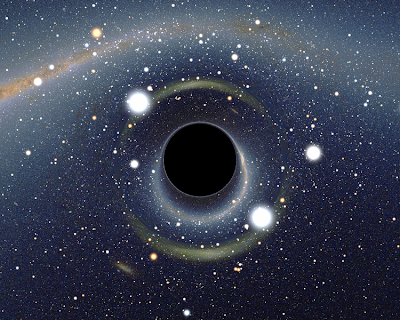 – Romney Backer Wishes “Obama Would Learn How To Be An American”

– John McCain: I Didn’t Pick Romney Because ‘Sarah Palin Was The Better Candidate’

…and I know what’s happening: the Republicans know they’re going to lose the election. They can see it coming, there’s nothing they can do about it — it’s too late to get Jeb Bush, Mitch Daniels, or John Thune to ride to the rescue — and so all they can do is watch as this black hole of a campaign sucks the life and light out of everything it touches. So of course they’re freaking out.

Sure, it’s only July. A lot could happen between now and November. For instance, a giant asteroid could wipe out every living thing on the planet. But unless the Hubble telescope missed it, the next big celestial event will be the implosion of the GOP, and we don’t even need special glasses to watch it.