It Will Happen Again — Adam Gopnik in The New Yorker. 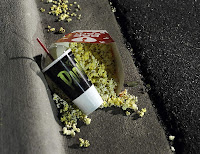 The murders—it dignifies them to call them a “tragedy”—in Aurora, Colorado, have hit us all hard, though the grief of the friends and families of the victims is unimaginable. Still, it hits home, or someplace worse than home, for any parent who (as I did, as so many did) had a kid at one of the many midnight screenings of the new Batman movie last night, they having gone to see it the moment it opened. Once again, as so often before, the unthinkable news is disassembled, piece by piece, into its heartbreaking parts. After the Virginia Tech shooting, the horrifying detail, as I wrote at the time, was that the cell phones were still ringing in the pockets of the dead children as their parents tried to call them. In Colorado, you can’t expunge the knowledge of the sudden turn from pleasure to horror that those children experienced. As the smoke bomb went off, some of the kids inside apparently thought that it was a special effect, part of the fun, until they began to see “people holding themselves.” According to the Aurora police, the suspect, James Holmes, who is twenty-four, was carrying both a rifle and a handgun. The bullets were fired so freely that they penetrated the wall separating one movie theatre in a multiplex to devastate people in the next one.

The truth is made worse by the reality that no one—really no one—anywhere on the political spectrum has the courage to speak out about the madness of unleashed guns and what they do to American life. That includes the President, whose consoling message managed to avoid the issue of why these killings take place. Of course, we don’t know, and perhaps never will, what exactly “made him” do what he did; but we know how he did it. Those who fight for the right of every madman and every criminal to have as many people-killing weapons as they want share moral responsibility for what happened last night—as they will when it happens again. And it will happen again.

The reality is simple: every country struggles with madmen and ideologues with guns, and every country—Canada, Norway, Britain—has had a gun massacre once, or twice. Then people act to stop them, and they do—as over the past few years has happened in Australia. Only in America are gun massacres of this kind routine, expectable, and certain to continue.

You Can Quit Any Time — Bill Davidow studies the dilemma of internet addiction.

The leaders of Internet companies face an interesting, if also morally questionable, imperative: either they hijack neuroscience to gain market share and make large profits, or they let competitors do that and run away with the market.

In the Industrial Age, Thomas Edison famously said, “I find out what the world needs. Then I go ahead and try to invent.” In the Internet Age, more and more companies live by the mantra “create an obsession, then exploit it.” Gaming companies talk openly about creating a “compulsion loop,” which works roughly as follows: the player plays the game; the player achieves the goal; the player is awarded new content; which causes the player to want to continue playing with the new content and re-enter the loop.

It’s not quite that simple. Thanks to neuroscience, we’re beginning to understand that achieving a goal or anticipating the reward of new content for completing a task can excite the neurons in the ventral tegmental area of the midbrain, which releases the neurotransmitter dopamine into the brain’s pleasure centers. This in turn causes the experience to be perceived as pleasurable. As a result, some people can become obsessed with these pleasure-seeking experiences and engage in compulsive behavior such as a need to keep playing a game, constantly check email, or compulsively gamble online. A recent Newsweek cover story described some of the harmful effects of being trapped in the compulsion loop.

The release of dopamine forms the basis for nicotine, cocaine, and gambling addictions. The inhalation of nicotine triggers a small dopamine release, and a smoker quickly becomes addicted. Cocaine and heroin deliver bigger dopamine jolts, and are even more destructive.

In the past, companies used customer surveys, focus groups, interviews, and psychological tests to figure out how to make products more appealing to customers. In 1957, Vance Packard published The Hidden Persuaders, in which he identified eight hidden needs — including a consumer’s desire to love and be loved, or a yearning for power — which advertisers could exploit to create demand for their products.

Packard, who questioned the morality of exploiting emotions in order to sell products, died in 1996. Were he alive today, he would surely be shocked to see how primitive the exploitation techniques he described now seem.

Let The Games Begin — Dave Barry preps us for the Olympics.

This year the Olympics are being held in London, which is in a festive mood, having just held a “jubilee” to celebrate the Queen’s 350th birthday. The city has spent $15 billion on preparations for the Olympics, including $5.8 billion for the world’s largest umbrella, the “Jumbo-rella,” which, in the event of rain, will automatically pop up and unfurl to cover the entire greater London metropolitan area, encompassing 2,158,597 hectares (one hectare = 17 liters). Because of unanticipated construction delays, the Jumbo-rella will not be field-tested until 3 a.m. on the day of the Olympic opening ceremonies; as a precaution, London authorities are recommending that, during the test, all residents temporarily relocate to “a safe area, such as Wales.”

Which brings us to terrorism. Is it a concern? I will not mince words: maybe. London authorities have asked everyone attending the Olympics to be alert for suspicious behavior such as: standing around, frowning, taking photographs, talking on a mobile phone while walking rapidly in a specific direction, etc. If you see an individual doing any of these things, simply place that individual in a standard headlock and yell for a police officer, which in England is called a “Bobby.”

Be advised that “Bobby” is only one example of the many words or phrases that the British because of centuries of heavy drinking, use incorrectly. Here are some others, with the American, or correct, version on the left, and the British version on the right:

Does it ever stop raining here? = Cor blimey?

Take the subway = Neuter the hedgehog

Go to the bathroom = Make a blimey