There’s a profile of Karl Rove in Business Week that is enough to wipe out the market for syrup of ipecac. 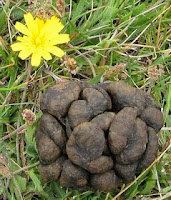 The bespectacled 61-year-old, once known as Bush’s Brain, left the White House five years ago. His patron was sinking in the polls, and Rove himself had barely escaped criminal indictment. Now he’s back—big time, as his friend former Vice President Dick Cheney might say. In a performance that rivals Rove’s nurturing of a famously inarticulate Texas governor into a two-term president, the strategist is reengineering the practice of partisan money management in hopes of drumming Barack Obama out of the White House.

The fact that he is not spending his life in the joint with his back to the wall for outing Valerie Plame and pinning it on Scooter Libby is one of the greatest miscarriages of justice of the last ten years.