There was a candlelight vigil at Graceland earlier this week to mark the thirty-fifth anniversary of the death of Elvis Presley. The news of his passing led the network news that night in 1977, and the mourning went on for so long that not a lot of people paid attention when, on August 19, 1977, Groucho Marx shuffled off this mortal coil. 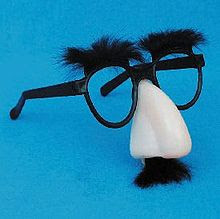 It is up to history to decide, but I believe that when future historians look back, they’re going to note the works of Groucho — in vaudeville, in films, his television shows and appearances, and his writing — as important cultural milestones. Maybe he and his brothers didn’t have the huge fan base as Elvis, but there are generations who will remember him as more than just the guy with the glasses and the mustache.

The one. The only.