We had a great time at our little party last night, and even the pouring rain later in the evening didn’t dampen the spirits. Thanks for all the good wishes and the friendship. 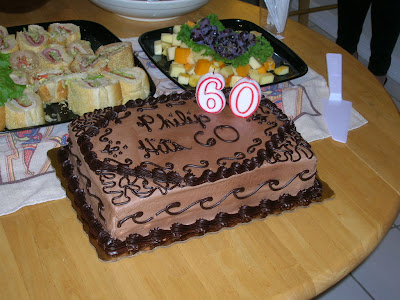 Birthdays that end in zero are a little different; it’s the end — or the beginning — of a decade, and I can remember what I was doing on each of my birthdays that end with an 0: Fifty was spending the weekend in New York with my parents seeing “The Producers”; Forty was fly-fishing on the Au Sable River in Michigan with my dad (I caught a tree and my hat); Thirty was the first week of classes at CU-Boulder where I was starting my doctoral degree; Twenty was the beginning of my senior year at the University of Miami; Ten was beginning Grade 5 with Mrs. Cahill at Maumee Valley, and she was the first teacher I had that told me I had talent as a writer.

So what will I do for 70? I’ll start planning that now.

5 barks and woofs on “Birthday Greetings”