Because the Republican convention wasn’t full of enough Jesus-shouting and gay/women/immigrant/Muslim bashing for some, the good people who make their lives and their living out of doing things like that are getting together this week to roll around in their smug hatred of everyone else who isn’t full of the love of God and hatred of everyone else: The Values Voter Summit — long on irony but short on self-awareness — hits Washington on Wednesday. 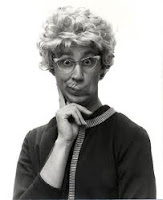 It’s a great way for mostly white, affluent, Christian heterosexuals to network and compare notes for hating on and oppressing gays, poor people, sexually active women, uppity people of color and, of course, any of those dangerous religious whackos that don’t worship the baby Jesus like all real Americans do. You can learn new strategies for meddling in other people’s lives and imposing your own values and beliefs into their most personal decisions.

What, no Ted Nugent? I guess they’ll have to karaoke with Pat Boone.