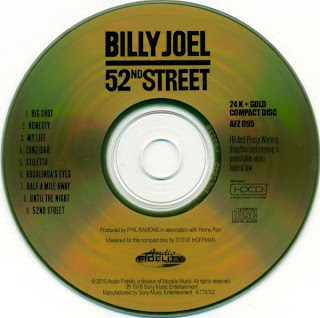 Yesterday marked the 30th anniversary of the release of the first compact disc.

It’s been three decades since the first CD went on sale in Japan. The shiny discs came to dominate music industry sales, but their popularity has faded in the digital age they helped unleash. The CD is just the latest musical format to rise and fall in roughly the same 30-year cycle.

Compact discs had been pressed before 1982, but the first CD to officially go on sale was Billy Joel’s 52nd Street.

It would be a few years before I got my first CD player.  It was a Christmas gift from my parents in 1985, and I still have it.  I also have my first CD somewhere.

I also have a phonograph and a collection of vinyl albums, a collection of cassettes (I got my first cassette player in 1968), and I even have an 8-track player; it’s built into the radio in the kitchen.  Oh, and the Mustang has a hook-up for an MP3, so I’m ready for anything.

One bark on “Shiny Object”