Another mandatory vacation day, but instead of taking it easy, I need to finish my paper for the upcoming William Inge Theatre Festival in Independence, Kansas. 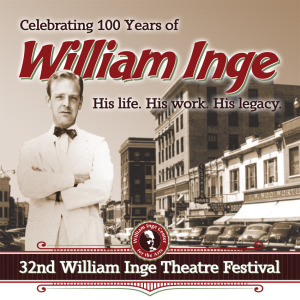 It’s usually held in mid-April, but this year it will be from May 1 to May 4 because May 3, 2013, is the 100th anniversary of Inge’s birth in Independence.  He died in June 1973 and he is buried in the town cemetery under a simple headstone. 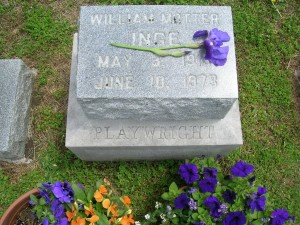 This will be my 22nd trip to Independence.  I started attending in 1991 when Edward Albee was the honoree, and I’ve only missed one year — 2002 — when I was directing a production of Grease during my last attempt at teaching.  (All things considered, I should have gone to the festival.)  I have learned much about theatre, writing, and I have made friends for life.  Returning to Independence is like a family reunion.

So there will be very light posting today as I devote myself to my paper.  But it’s a labor of love.