Here’s everything you need to know about today’s solar eclipse. 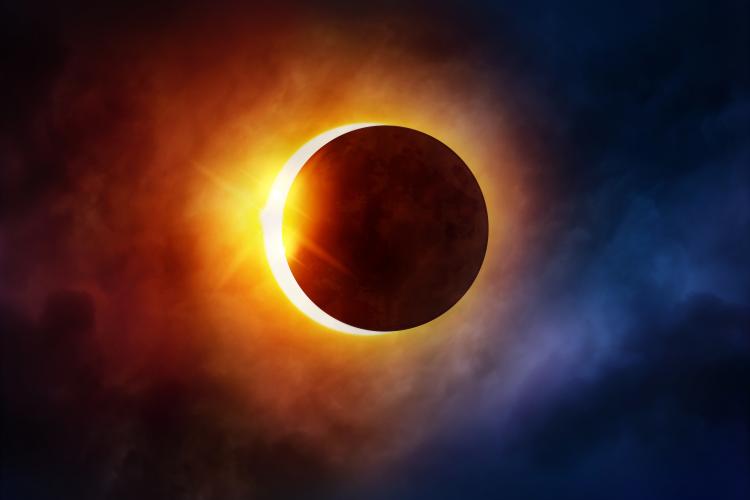 …for those in contiguous United States (excluding Alaska and Hawaii). The last time anyone in mainland US saw a total eclipse of the Sun was on February 26, 1979. If you live in the US and miss this event, you’ll have to wait 7 more years, until April 8, 2024, to see a total solar eclipse from a location in the contiguous United States.

Animation: Next Eclipse in Your City

2. Most North Americans Will Be Able To See Totality…

…if they are willing to drive that is. The total eclipse will only be visible along the Moon’s central shadow, which at its widest will be about 115 kilometers (71.5 miles), according to some sources. Its path will span from the country’s West Coast to the East Coast. The rest of North America, as well as Central America and northern parts of South America, will experience a partial solar eclipse. NASA has estimated that a majority of the American population lives less than a 2-day drive away from the path of totality.

Interactive map: Is your city is on the path of totality?

While total solar eclipses are not rare—they occur twice every 3 years on average and can be seen from some part of the Earth—a total eclipse of the Sun that can be seen from the American West Coast to the American East Coast occurs less frequently. In fact, the last time a total solar eclipse was visible from coast to coast was almost 100 years ago, on June 8, 1918!

Because of these reasons, the eclipse is also being called the Great American Eclipse.

Oregonians will also be the first to see totality as the Moon’s shadow moves east at an average speed of about 3600 km/h (2237 mph). After Oregon, the eclipse will move through Idaho, Wyoming, Nebraska, Kansas, Missouri, Illinois, Kentucky, Tennessee, North Carolina, Georgia, and South Carolina. Montana and Iowa are the only states where the path of totality will pass through unpopulated areas. People in Charleston, South Carolina will be some of the last people in the US to see totality.

Eclipse times in your city

Nashville, Tennessee is one of the few large cities in the United States to fall completely within the eclipse’s path of totality. Interestingly, only some parts of Kansas City, Kansas and Kansas City, Missouri will be able to see a total solar eclipse.

5. Totality Will Be Spectacular

If you are lucky enough to be in the path of totality, you are in for an astronomical treat, weather permitting, of course. When the eclipse begins, at 1st contact, it will appear as if the Moon is taking a bite out of the Sun. As the eclipse progresses, the sky will get darker, the temperature will drop, and if you pay attention, animals and birds will become quieter.

At 2nd contact, which is when totality begins, Baily’s Beads become visible. As the Moon completely covers the Sun’s surface, the diamond ring can be seen. You might also see pink spots called prominences near the diamond. These spots are caused by gases on the Sun’s surface.

Totality is the only time when one can see the corona, the Sun’s atmosphere. At 3rd contact, Baily’s Beads will once again become visible and a second diamond ring may appear.

6. Stars During the Daytime

As the sky turns dark, planets and stars hidden in the sky by the Sun’s bright light will reappear. Look for Mars, Mercury, Jupiter, and Venus during totality.

Planets visible in your night sky

How far is a planet from Earth?

7. You Will Need Eye Protection

Do not look directly at the Sun, before, during or after the eclipse without any protective eyewear.

Looking at the Sun with your naked eyes is highly dangerous and can even cause blindness. The safest way to see a solar eclipse is to wear protective eclipse glasses or use a pinhole projector you can easily make yourself.

The next eclipse in the series—a total solar eclipse—will take place on September 2, 2035.

And remember, let’s be careful out there: don’t look directly at the sun.

The first solar eclipse I remember was the one on July 20, 1963.  We were up in Michigan and my dad and I were painting our little Puddleduck sailboat and named it “Swallow” after the boat in the Arthur Ransome stories.  We were in the backyard and I had fashioned a pinhole projector out of two pieces of cardboard.  The sun was 78% blocked, but it didn’t seem much darker than your average twilight.