Thirty years ago today — Thursday, January 5, 1989 — I flew from Denver to Traverse City, Michigan to pick up my new car, a 1988 Pontiac 6000 LE Safari that my dad had found at Hertz Car Sales. It had a little over 5,000 miles on it. The asking price was $12,700, but when Ernie, the salesman, found out the one-way airfare to come get the car was $200, he dropped the price to $12,500. I spent the weekend with my parents, then drove back to Longmont, Colorado, where I was living while teaching. As you probably guessed or already know, I still have the Pontiac. It has over 260,000 miles on it, and it’s been everywhere I’ve gone: back to Michigan for six years (1990-1995), New Mexico (1995-2001), and Florida (2001-now). It’s had its share of fixes and repairs, but all in all it’s held up remarkably well. In the picture, you’re seeing it as it was last weekend (I have photos for every major anniversary), and since it became an official AACA antique five years ago, I’ve taken it to a number of car shows, both local and national.  It’s won its share of trophies, but most often I get grins and nods from baby boomers and their kids who say they had one just like it growing up.

It may sound strange to get sentimental about a machine like a car, but a lot of people do (and Madison Avenue knows it), and the Pontiac is no exception. There are probably all sorts of psychological reasons for it, including memories of childhood — we had a 1967 Ford Country Squire with the same color scheme — but I’m not interested in trying to explain it. I have always loved cars and this one has been a true keeper. We have miles to go. 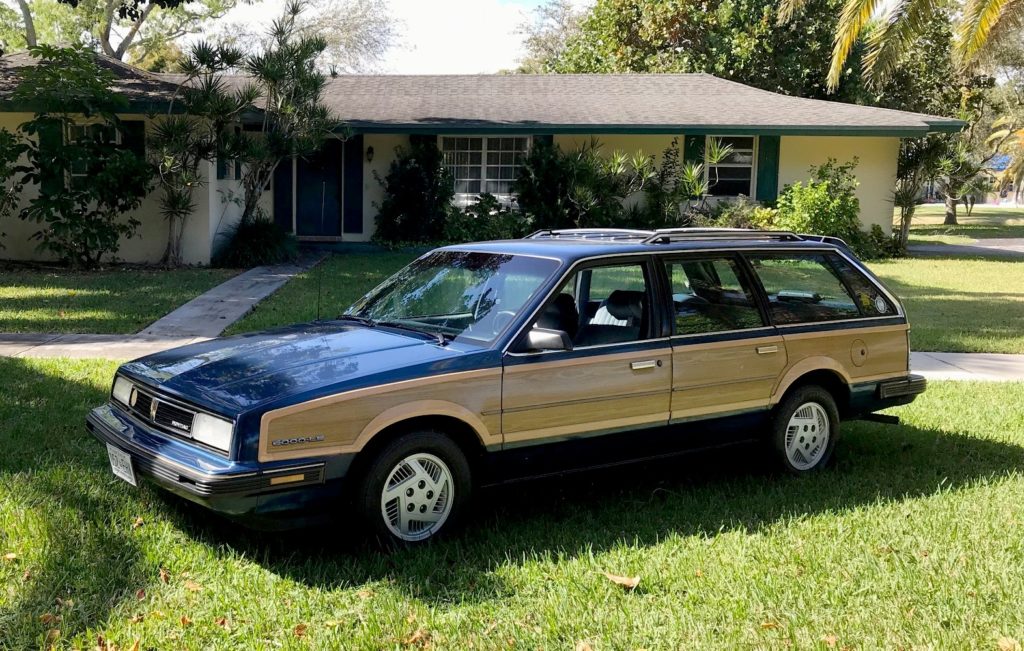 One bark on “A Long-Term Relationship”