Just in time for the AACA Winter Nationals, a cool front passed through South Florida overnight to bring cool temperatures — for Miami — and 0% chance of rain from now through Sunday. 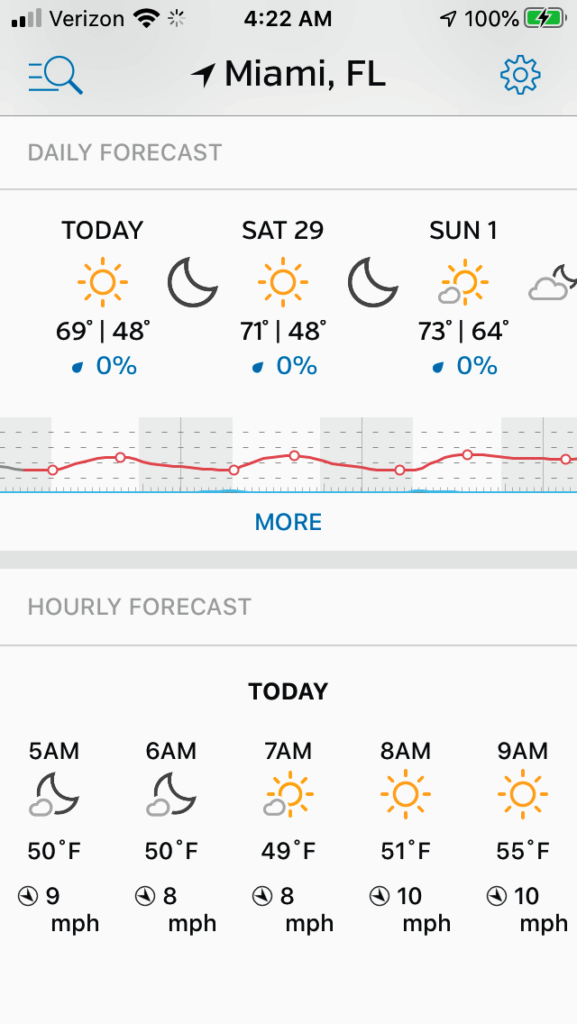 The worst part of a car show in South Florida can be the heat and humidity, even in winter.  But for our show participants, many who are coming from up north, this is the kind of weather that makes them look for real estate down here.  Only then do we break the news about the traffic.  It took me an hour to get from the host hotel to my house before rush hour, and it’s 19 miles.  On the expressway.  And yes, the irony of the fact that we’re hosting a car show is not lost on me.

In case you’ve forgotten, this is what I’m taking to the show: my 1988 Pontiac 6000 Safari wagon, going for its fifth Repeat Preservation Driver Participation badge. 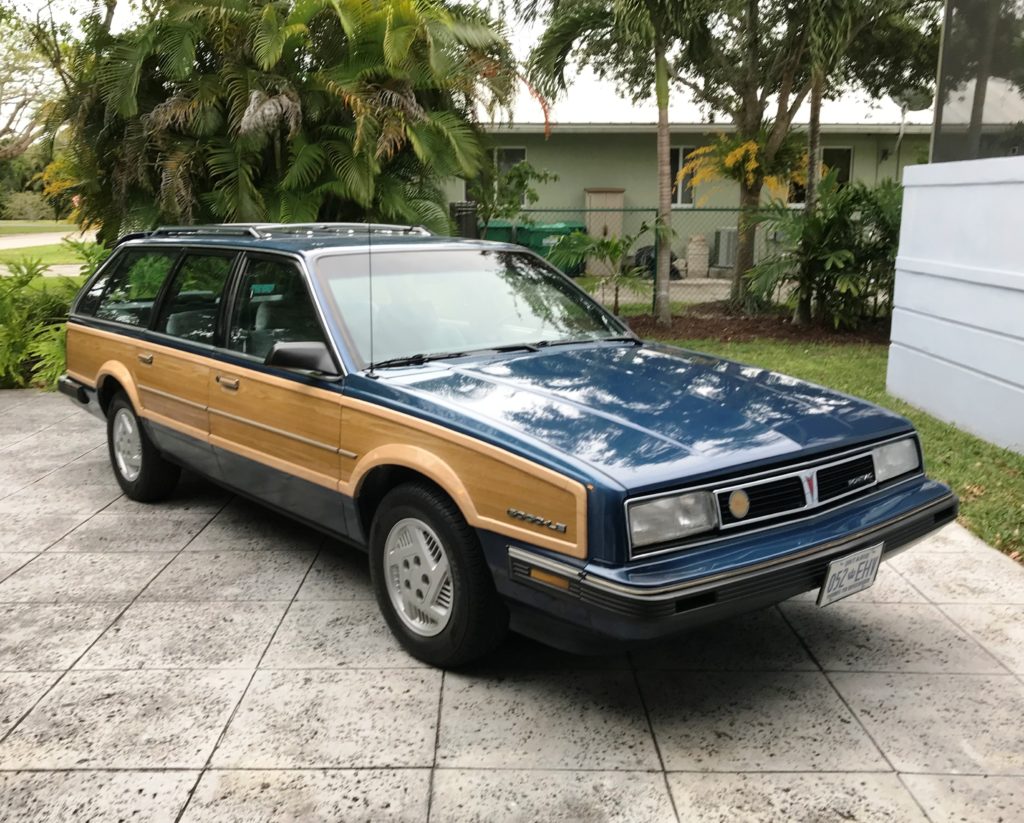 For those of you who care, Driver Participation class means it is not judged on the 400 points AACA uses to judge cars in other classes, but on the overall originality of the car and its maintenance as a car that has been and often remains a daily driver. It’s not a trailer queen — I drive it to the shows (and sometimes actually get there) — and I haven’t spent $100,000 on restoring it back to factory original.

What is fun about the Pontiac is that it draws crowds who tell me that they had one just like it or that they have fond memories of riding in the one their moms drove to take them to school or soccer practice or on family trips.  And I hear a lot of “they don’t make these anymore.”  No, they don’t.  The SUV and the minivan have relegated the station wagon, once the most popular body style, at least in terms of sales, to the automotive memory banks.  Seeing one like mine — which in itself is a rare find, since the Pontiac version of the GM A-body run in the 1980’s and ’90’s had the lowest production figures — is unusual at a car show, especially a national meet.  There will be plenty of Corvettes, Mustangs, foreign and exotic and rare nameplates like Alvis and Auto-Union, but I’m pretty sure that mine will be one of very few wagons — fake wood grain or not — on the field tomorrow.

3 barks and woofs on “Happy Friday”