Publix Supermarkets announced that they will have “special hours” on Tuesdays and Wednesdays between 7 and 8 a.m. for people over 65 to go shopping to avoid the crowds.  As a friend pointed out, it doesn’t seem to make a lot of sense to bring the most vulnerable population together under one roof, but I went anyway.  Here’s what I saw when I went to the store in Pinecrest, Florida, at 7:03 a.m. today. 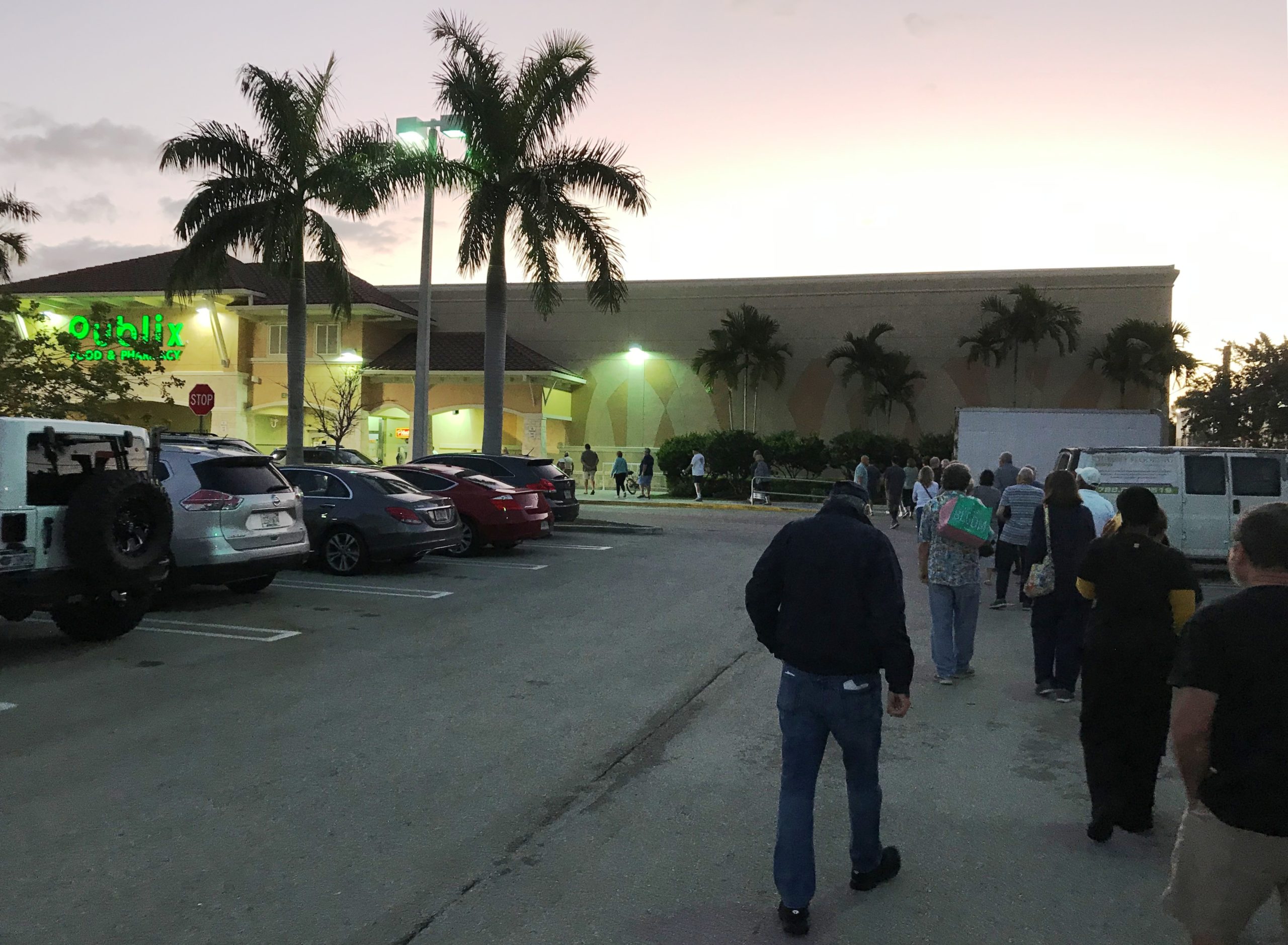 As I noted on my Facebook page, I haven’t seen this long a line of people of my generation since they announced ticket sales for the CSNY reunion tour.

Inside, about half of the shoppers were wearing surgical masks, and they were doing their best to keep distances, but it didn’t stop the usual backup in the aisle when someone stopped to stare at a can of beans and block the entire aisle. You heard a lot of coughing, but it wasn’t the virus; it was an attempt to get their attention, as opposed to “Hey, move along.”

Actually, people were quite polite if not a little dazed at the concept of grocery shopping at that hour, and while there were noticeable gaps in the shelves — paper products were gone, as were a lot of the yogurt products — one thing follows the other, I suppose — but I was able to get everything I wanted: salad makings, milk, some dairy, fresh fruit (blueberries!) and chips and salsa.

And now I’m back home again for another day of social distancing.  One adventure a day is enough, thank you.

2 barks and woofs on “Where Shopping Is An Adventure”