I heard about the first fifteen minutes or so because my housemate was watching — and yelling back at — it.  I haven’t heard that many lies and desperate attempts at wooing since the last ten minutes before last call at a singles bar.  I closed the door to my room and watched a re-run of “Law & Order.”

I did hear that Nancy Pelosi tore up her copy of the speech, explaining that it was the polite thing to do, considering the alternative.

Your thoughts, impressions, and reactions, please.

At last night’s Golden Globe awards, Meryl Streep was honored with the Cecil B. DeMille award and she used the occasion to honor the three groups on the outs with the incoming regime: Hollywood, foreigners, and the press.  She ended with a passionate defense of the arts.

Standing up is better than being stood upon.

Supreme Court Justice Ruth Bader Ginsburg raised eyebrows when she told the New York Times that if Donald Trump won it would be a good idea to move to New Zealand.  On Monday she told CNN what she really thinks.

“He is a faker,” she said of the presumptive Republican presidential nominee, going point by point, as if presenting a legal brief. “He has no consistency about him. He says whatever comes into his head at the moment. He really has an ego… How has he gotten away with not turning over his tax returns? The press seems to be very gentle with him on that…”

“I think he has gotten so much free publicity,” she added, drawing a contrast between what she believes is tougher media treatment of Democratic candidate Hillary Clinton and returning to an overriding complaint: “Every other presidential candidate has turned over tax returns.”

Gee, I wonder what Mr. Trump had to say about that.

“I think it’s highly inappropriate that a United States Supreme Court judge gets involved in a political campaign, frankly,” Trump told the Times by phone. “I think it’s a disgrace to the court and I think she should apologize to the court. I couldn’t believe it when I saw it.”

“And I would hope that she would get off the court as soon as possible,” he added.

Oh, the Supreme Court shouldn’t get involved in politics, eh?  Let’s ask President Gore about that, or the losing side of Citizens United, which would be all of us. Not to mention the fact that the late Antonin Scalia was not above — or beneath — tossing out his considerably opinionated views himself on everything from birth control to Satan.

Only a naif or a scoundrel would tell the world that the Court doesn’t get involved, and even if you think perhaps it was a little much for R.B.G. to say it, she is entitled to her opinion, and in spite of Mr. Trump’s apparent understanding of what “lifetime appointment” means, she’s free to do and say what she pleases without fear of political influence.

On the other hand, I wonder if she’d consider running for V.P.

Shorter Ross Douthat:  The rise of Trump is Obama’s fault.

I will, however, give him credit for being able to take the entire Republican base’s revulsion to the idea of a black Democrat as president and somehow make it the black guy’s fault for being black and a Democrat.

Do you care if Donald Trump participates in tonight’s GOP debate?

Ursula K. LeGuin, renowned novelist and resident of Oregon, has a bone to pick with The Oregonian newspaper about their coverage of the camp-out at Malheur National Wildlife Refuge.

The Oregonian’s A1 headline on Sunday, Jan. 17, “Effort to free federal lands,” is inaccurate and irresponsible. The article that follows it is a mere mouthpiece for the scofflaws illegally occupying public buildings and land, repeating their lies and distortions of history and law.

Ammon Bundy and his bullyboys aren’t trying to free federal lands, but to hold them hostage. I can’t go to the Malheur refuge now, though as a citizen of the United States, I own it and have the freedom of it. That’s what public land is: land that belongs to the public — me, you, every law-abiding American. The people it doesn’t belong to and who don’t belong there are those who grabbed it by force of arms, flaunting their contempt for the local citizens.

Those citizens of Harney County have carefully hammered out agreements to manage the refuge in the best interest of landowners, scientists, visitors, tourists, livestock and wildlife. They’re suffering more every day, economically and otherwise, from this invasion by outsiders.

Instead of parroting the meaningless rants of a flock of Right-Winged Loonybirds infesting the refuge, why doesn’t The Oregonian talk to the people who live there?

Pretty much says it all.

Elizabeth Lauten, a staffer for some GOP congressperson from Tennessee, needs to learn that if you pick a fight with teenage girls, you’re going to lose.

Take it from a recovering middle school English teacher: don’t even start.  Even if you’re right — and in this case you are not — you’re going to come across as both a bully and a prig, and you’ll be the one heaped with scorn, not the girls.

When you apologize, do the whole thing, not just the “if I offended” half-assed non-apology.  While you’re at it, apologize to the kids’ parents for hinting that they’re anti-American and blah.

Now go to your room.

Paraphrasing the gentleman from Kentucky:

The single most important thing we want to achieve is for Mitch McConnell to be a one-term majority leader.

If you came here looking for news about a family brawl in Alaska or a congressman’s messy break-up via his Facebook page, this isn’t the place for it.

Senate Majority Whip Dick Durbin (D-IL) is sticking with his story that a House GOP leader told President Obama “I cannot even stand to look at you” during a meeting over the federal government shutdown earlier this month.

The White House and House leadership both denied that the incident took place.

David Brooks spends a column on men and women, their self-image, and the implications for society.

I know he means well, but given his history of gross generalization and psycho-babbly concern trolling, I get the impression he’s trying to pick up a turd from the clean end.

Just leave it alone, Bobo.  You’re in over your head.

Via my friend Alan… 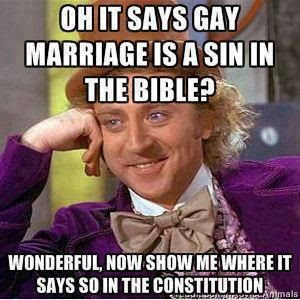 Via my friend Alan…

I once wrote a parody of one of David Brooks’s columns, but thanks to his own descent into banality, it’s gotten to the point that he does it better than I can. For example:

Right now, the Tea Party doesn’t matter. The Republicans don’t matter. The economy and the Democrats are handing the G.O.P. a great, unearned revival. Nothing, it seems, is more scary than one-party Democratic control.

Christine O’Donnell is off and running in Delaware, and her past statements are catching up with her.

American scientific companies are cross-breeding humans and animals and coming up with mice with fully functioning human brains.

Oh, come on; Walt Disney did that years ago. 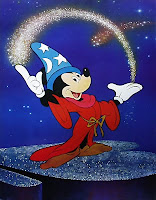